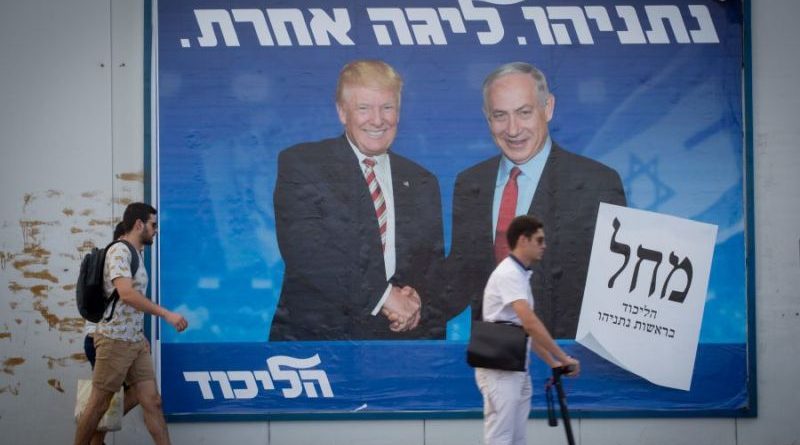 Two groups came out stronger from Israel’s third election in 11 months: The incumbent Likud’s rightist bloc and the United Arab List. In contrast, the left-of center opposition Kahol Lavan and Israel Beitenu lost ground, along with the leftist Labor-Gesher-Meretz coalition. Yet, in the almost final reckoning, the March 2 election denied a single party or grouping a clear win for breaking out of the long political paralysis gripping national government in Jerusalem.

Binyamin Netanyahu’s Likud climbed to 35 Knesset seats, while Benny Gantz’s Kahol Lavan dropped behind to 33, even after waging three intense campaigns for credibility as a viable government alternative.

Its four leaders failed to click onto an underlying popular urge for a measure of continuity. Their campaigning was firmly fixated on the opposite course, the unseating of the incumbent prime minister. Netanyahu was systematically slammed as unfit to govern under three corruption indictments and an imminent trial on March 17. In any case, they argued, he would be too busy with the trial to perform his duties as prime minister. Any combination of parties was acceptable, even Likud, they told the voter, just so long as Netanyahu was removed.

And so, on Monday night, March 2, Netanyahu trumpeted his party’s “great victory” (much exaggerated), while Kahol Lavon’s leaders faced an empty hall.

It turned out that a weighty slice of the electorate resisted their message. Sick of voting again and again, many opted to separate Netanyahu the politician-cum- national leader from the persona of a corrupt politician standing trial for fraud, breach of faith and bribery. Some Likudniks believed Netanyahu when he accused a shady law enforcement faction of trumping up the charges against him and subverting witnesses in a conspiracy against the right-wing camp.

They were informed that the law allows a serving prime minister to stay in office – even if convicted – until the avenue of appeal is exhausted. Long years of litigation were therefore assured until the entire process ran its course. Netanyahu therefore had plenty of time to lead a stable government. This was the devil they knew compared with the untried, new faces heading the opposition.

Avigdor Lieberman was punished by the voter for precipitating three superfluous elections. While posing as kingmaker, he time after time refused on high moral grounds to make up the numbers for either camp to build a government. His Israeli Beteinu party paid for this duplicity by losing half of its strength.

The biggest loser of all was the left-wing Labor-Gesher-Meretz lineup, consisting of three assorted parties which merged for fear of failing to make the threshold. The historic Labor, founder of the state of Israel, ended up on the fringes of Israeli politics, with only two members of parliament.

If any faction came out of the election as unquestioned victor, it was the Joint Arab List. Three Arab factions, by coalescing, pulled their highest combined score ever of 15 seats, growing into the third largest faction in Israel’s parliament. This grouping, headed by MKs Ayman Odeh and Ahmed Tibi, has evolved into a dynamic, unpredictable force that presents a formidable challenge to the country’s Jewish political mainstream. The JAL quickly flexed its muscles by extending a shoulder to the camp bent on Netanyahu’s ouster.

After most of the ballots were counted by Wednesday noon, the right-wing bloc, while firmly in the lead with 58 Knesset seats compared with the left-of center group’s 54, is still shy of the two or three mandates to reach the magic number of 61 for establishing a majority government. If the Likud-led bloc still falls short after all the results are in, it will be up to the president to entrust the incumbent prime minister Binyamin Netanyahu with establishing a minority government, rather than calling for a fourth election. Kahol Lavan’s disappointed lawmakers would prefer even this outcome, although they have not given up their efforts to remove Netanyahu by legislative or any other means. A unity government is far from their minds.