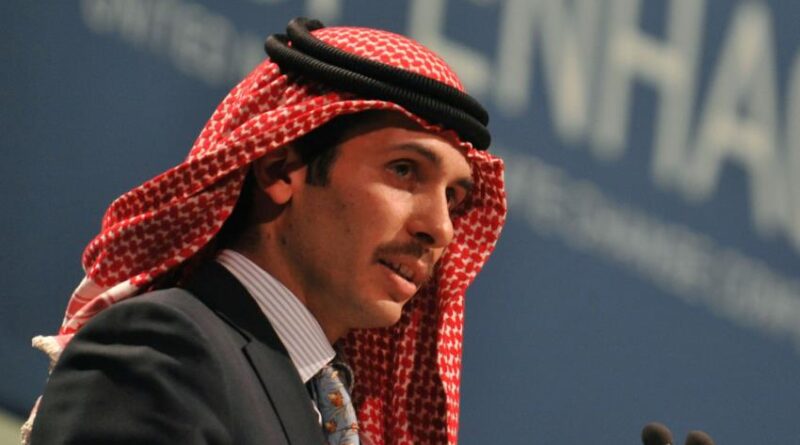 “It has reached a point where no one is able to speak or express opinion on anything without being bullied, arrested, harassed and threatened,” said former Jordan crown prince Hamza bin Hussein in a video released early Sunday, April 5. He denied being part of a conspiracy against his half-brother, King Abdullah, or any wrongdoing. The prince reported a visit by the kingdom’s military chief, who told him he was forbidden “to go out, communicate with people… because during visits he had made there had been criticism of the government and king.” Hamza said he had been placed under house arrest “as part of crackdown on critics.”

Regional powers, including Egypt and Saudi Arabia have meanwhile voiced support for the Jordanian monarch following a reported coup plot and the arrest of some 20 suspects, including Prince Hamza. The United States described the monarch as a key ally in the Middle East.

The Washington Post reported on Saturday that Prince Hamzah bin Hussein, 41, was detained at his palace in Amman along with 20 other persons alleged to have planned a coup  against Hamzah’s half-brother, King Abdullah II. Their actions, termed a “threat to the country’s stability,” involved one other royal and tribal leaders, according to officials in Amman quoted by the paper. An investigation into the “complex and far-reaching” affair is still ongoing. High-profile arrests in Amman are rare.

The chief suspect, Prince Hamzah bin Hussein, is the elder son of the late King Hussein and his American-born fourth wife, Queen Noor. He was named Crown Prince of Jordan in 1999, a position he held until his half-brother, King Abdullah II, rescinded it in 2004. In a tweet this week, Prince Hamza spoke out against corruption in Jordan and attacked the government’s economic performance. He urged the government to take action against graft befoe it plunged Jordan into an “abyss.”
Two of the suspects detained are Bassem Awadallah, a former confidant of the king and later minister of finance, and Sharif Hassan Ben Zaid, a member of the royal family. The other suspects were not named. DEBKAfile’s Mid-East sources report that Awadallah, a Palestinian in origin, conducted the liaison between the royal court in Amman and the rulers of Saudi Arabia and the United Arab Emirates. Those ties were behind the comment by a US source that “the plotters appeared to have foreign ties.”

The foiled coup and arrests are an earthquake for the Arab world and bring to the fore the ancient rift between the Saudi royal house and the Hashemite Kingdom of Jordan, whose legitimacy the House of Saudi has historically challenged.

Jordan’s powerful intelligence agency, which has a pervasive influence in the kingdom’s public life, has played a bigger public role since the introduction of emergency laws at the outset of the coronavirus pandemic last year, which civic groups say violate civil and political rights.