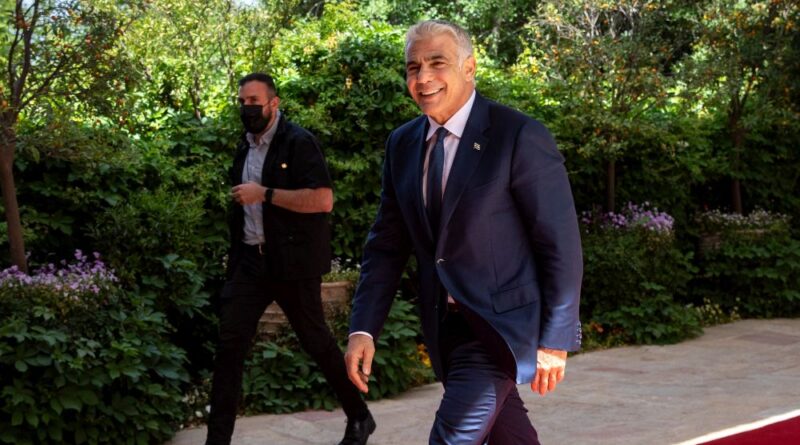 President Reuven Rivlin on Wednesday, May 5, assigned the opposition leader, Yesh Atid’s Yair Lapid, the task of forming a government after Binyamin Netanyahu gave up the task at midnight. Lapid may legally entrust another Knesset member with leading the next government as alternative prime minister, the president said. He was referring to Lapid’s government sharing deal with Yamina’s Naftali Bennett.

The president noted that Lapid had won 56 Knesset members’ recommendations, while Bennett, was left with seven backers, after a boycott by the rightwing bloc punished him for refusing to promise not to join a left-of-center government led by Lapid.

Netanyahu struck back at the Lapid-Bennett pact in a broadcast on Wednesday night, asking rhetorically: “Can they deal with the Hague court’s war crimes persecution of Israel? Or with Iran’s drive for a nuclear bomb? This is a dangerous left-wing, inept government incapable of handling such issues.” He accused Bennett of “using words to launder his deeds” and “mask his naked ambition.” Netanyahu, who still heads a transitional government, called strongly for an effort to put together a stable, working right-wing government, which was still feasible without an election, he said, despite the challenges.

Netanyahu’s words followed the president’s announcement that he believed Yair Lapid could win the Knesset’s confidence although many obstacles lay ahead of his path to a government. MK Mansour Abbas assured him that his Arab Ra’am faction would cooperate with a candidate who was up to the task.

DEBKAfile has learned that Lapid and Bennett plan to set up a government that is headed first by the Yamina leader and is then followed by Lapid. They are determined to move fast before the political fraternity recovers from shock over the ouster of Israel’s longest running prime minister and starts heaping obstacles in the path of government building. In particular, they plan to act swiftly to strip the Likud leader, who is in the midst of a trial for corruption, of his legal immunity. Lapid has never lost sight of his enduring motivation for going into politics, to terminate Netanyahu’s political career for good. He and Bennett plan to convene the Knesset’s Law committee, DEBKAfile’s sources reveal, to invoke the law which bars a person under criminal indictment or on trial from serving in the Knesset. This would annul the immunity Netanyahu enjoys as serving prime minister. The duo calculates that once this is achieved, the Likud faction will flock behind Yamina and the new government. And so, according to their scenario, Netanyahu who worked so hard to break up the bloc ranged against him, will be faced with the breakup of his own Likud party.

The Bennett-Lapid pact is, meanwhile, already facing its first obstacles to a prospective coalition. The 10 parties in line for a “national unity government,” are resentful of Bennett’s senior status and claims of key portfolios. In Bennett’s own Yamina, MK Amihai Shikli threatens to withhold his vote from a government that relies for its majority on Arab and far-left factions, indicating the onset of a revolt that may denude Bennett of his full party membership.