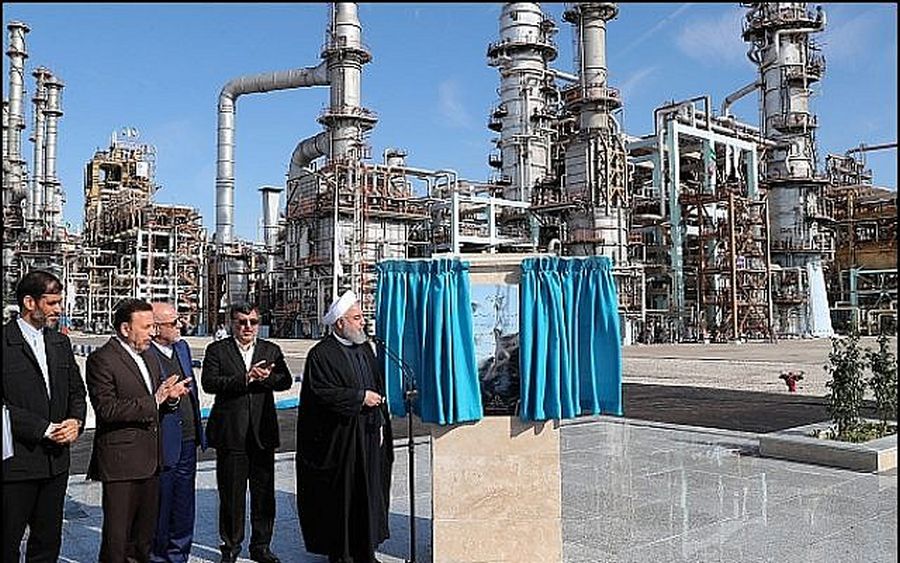 Tehran is deep in hectic discussions on ways to fight crippling US sanctions – whether by terror or fast-tracked nuclear development, DEBKAfile’s exclusive military and intelligence sources reveal.
The first inkling of these deliberations came on Monday, Feb. 18 from Iran’s President Hassan Rouhani when he complained that “economic war is more difficult than military war.”  The heads of the Islamic Republican regime and military chiefs decided some weeks ago that it was time for action when they saw reports on the disastrous state of Iran’s economy and on the rising anti-regime disaffection in the streets over extreme hardship and shortages.
Rouhani spoke at the inauguration of new oil refineries at Bandar Abbas on the Gulf coast, an important port and the seat of several Revolutionary Guards command posts. His reference to “economic war” indicated that the regime’s discussions are focusing on a form of belligerence in reprisal for US sanctions. “Iran must fight Trump’s war with war,” is the precept put forward by supreme leader Ayatollah Ali Khamenei and Guards chief, Gen. Ali Jaafari with majority support. After weeks of parley, they are close to a decision on tactics. Should Iran resort to the military or the nuclear path – or both?
For the revolutionary regime, “military” would translate as a wave of terrorist attacks on American forces and facilities across the Middle East. This was first attempted on Feb. 2 when three Iranian missiles were caught pointing ready to fire at the US Ain Al Asad air base in western Iraq near the Syrian border.
The nuclear path would mean fast-tracking Iran’s nuclear weapons program as a provocation for raising war tensions with the US and Israel.

The coming issue of DEBKA Weekly (for subscribers) out next Friday, Feb. 22 enlarges in exclusive detail on the discussions afoot in Tehran for a settling of accounts on sanctions with the Trump administration, their outcome and their timeline.

Don’t miss this unique window on Iranian decision-making, whose outcome will bear heavily on impending Middle East events. To sign on, click here.https://www.debka.com/subscribe/