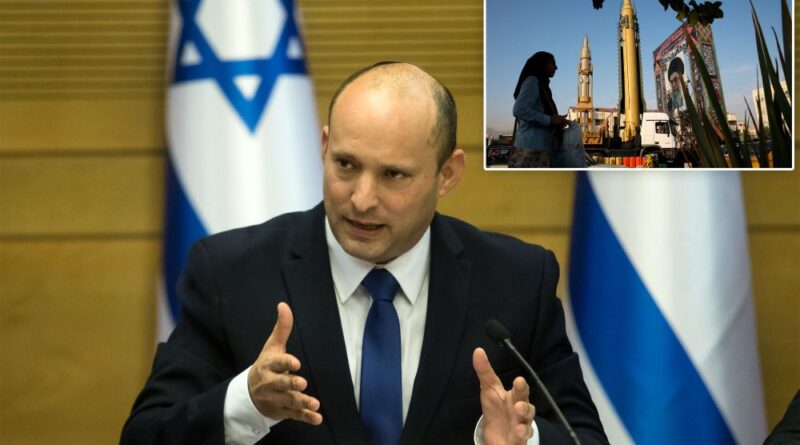 Israel, Iran, the US and Russia are engaged in secret talks for Israel’s acceptance of Iran as a nuclear threshold power in return for a US-Russian guarantee that Tehran will not cross the threshold to make a nuclear bomb.  DEBKAfile: Kremlin sources say that reports of a forthcoming summit between Prime Minister Naftali Bennett and President Vladimir Putin in Moscow, possibly on Oct. 22, attest to those talks making progress towards a deal.

A strong clue to this secret ploy also came from Washington. Last week, an Israeli delegation led by National Security Adviser Eyal Hulata met with his US counterpart Jack Sullivan for what was officially billed as a discussion of Plan B, should President Joe Biden’s bid to revive the 2015 nuclear accord with Iran fail. This presentation was meant to distract from the secret track afoot brokered by the two big powers on the Iranian nuclear issue.

Straight after the two security advisers ended their talks, Secretary of State Antony Blinken was on the phone to Foreign Minister Sergey Lavrov in Moscow. He next called Israeli FM Yair Lapid and arranged for them to meet in Washington next week.

If this move goes according to plan and Tehran refrains from heaping up unexpected obstacles, a new nuclear accord may be in the making. By late October or early November, it may have matured ready for Iran and the original six powers (US, Russia, China, France, Germany and the EU) to affix their signatures, certified for the first time by Israel.

It may be premature to assess the regional implications of this deal should it comes to fruition. However, the Bennett-Lapid government appears to be willing to back down on Israel’s most fundamental policy objective, namely, never to allow Iran to reach the point of a nuclear threshold power. It would also mean that Israel may be finally satisfied with a joint US-Russian guarantee against Iran acquiring a nuclear weapon.

That this secret diplomatic track is alive was hinted at by certain nuances in Chief of Staff Lt. Gen. Avivi Kohavi’s words on Oct. 5, during the ceremony marking the changeover of intelligence (AMAN) chiefs. (Maj. Gen. Ahron Haliva takes over from Maj. Gen. Tamir Hayman). “Preparations for destroying Iran’s nuclear capabilities will continue in every arena and at all times,” said Gen. Kohavi. “Those preparations continue to develop and improve.” He went on to stress: “In case of any circumstances that may arise, we are bound to stand ready with an effective and timely military answer.”

The army chief’s words were couched in conditional terms and the future tense, indicating that Israel’s “preparations” were advancing but not at this point ready to go. While Kohavi made it clear to Tehran that Israel’s military plans were firmly in place for any eventualities, he refrained from language that might spoil the diplomatic game.