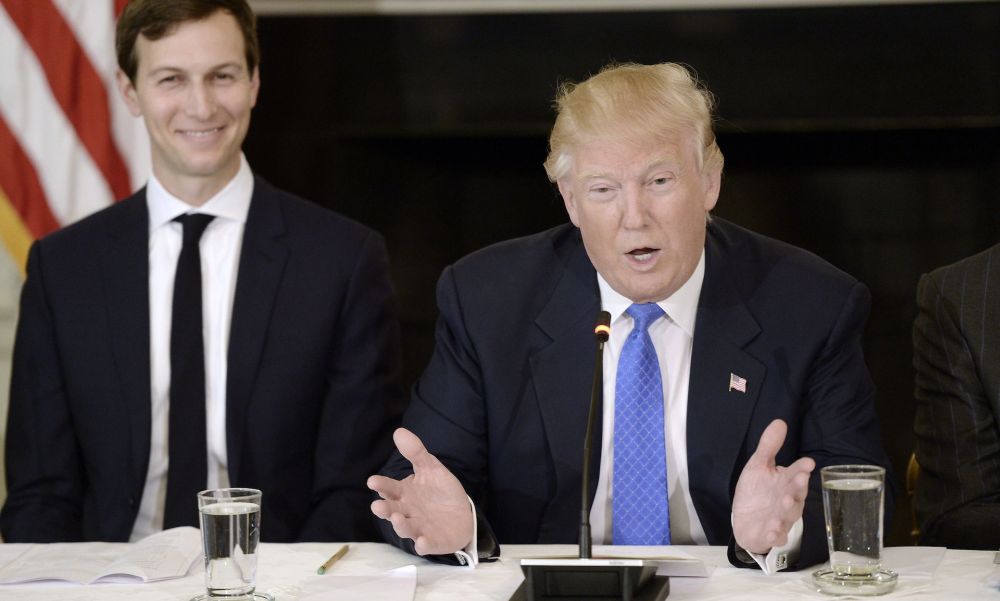 Both President Donald Trump’s adviser Jared Kushner and Prime Minister Binyamin Netanyahu avoided a date when they said the US peace plan would be presented “after Israel’s election.” They spoke in a closed meeting at last week’s Warsaw Peace and Security conference. Kushner presented some general outlines of the plan, saying that it would call for concessions from both sides. Netanyahu responded by saying: “We’ll wait and see what the final plan will look like. It will be presented after the Israeli elections – as you can imagine, that takes up a little bit of my time now. I don’t think that any of us should reject the plan and reject this initiative by the American administration before it’s even presented.”
The prime minister went on to say: “If we make progress and indeed a formal peace with the Palestinians, it would help us enormously in the Arab world and I would say with parts of the Muslim world, but I think it’s equally true that the normalization of relations with the Arab world also helps achieve peace with the Palestinians, and I’m happy to say that there’s progress on that.”

Netanyahu had a strong interest in these comments being released to the public on two grounds:

One commentator maintained on Sunday, Feb. 17, that the Likud leader aimed his arrows at Education Naftali Bennett and the New Right party, which he co-founded and which is campaigning on the premise that no other party is capable of blocking the Trump peace plan.

Amos Yadlin, head of the Israeli Strategic Institute think tank and former military intelligence chief, argued that by releasing the US peace plan after the election, Washington would avert the formation of a Likud-led government coalition with right-wing Bennett and lead Netanyahu to team up with Benny Gantz instead.
All this rhetoric is based on a misapprehension of the Trump administration’s intention.   DEBKAfile’s exclusive sources report that the White House does not intend its peace plan to see the light of day before the end of summer. By then, the next Israeli government should be in place and ready to deal with it. US officials calculate that the legal cases awaiting the prime minister could mire cabinet negotiations in interminable delays. The uncertain security situation also needs to be factored into to the White House’s timeline at a time that Israel’s southern and northern fronts, either or both, may be on the verge of outright hostilities.

20 thoughts on “Exclusive: Trump Mid East peace plan’s release – not before second half of 2019”