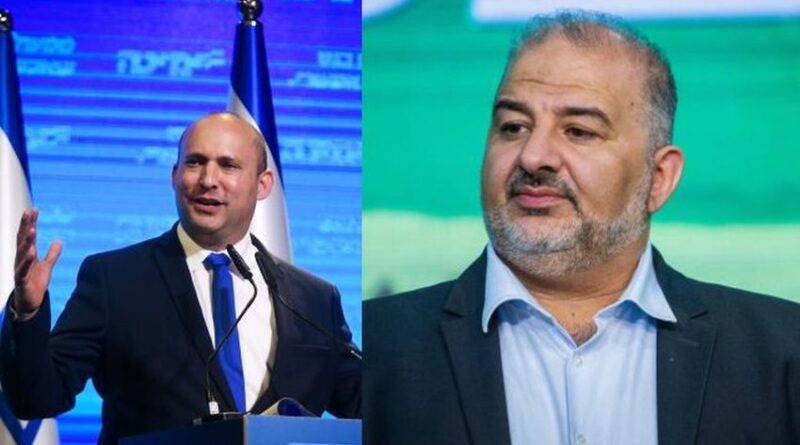 A day after Israel’s election, the numbers logged on March 24 contradicted media attempts to present Yair Lapid at the head the anti-Netanyahu grouping of factions in the lead position for forming a government coalition. According to DEBKAfile’s political analysts, the still partial count of 52 versus 56 does not take into account, key factors:  (a) that the count is far from final; (b) that Netanyahu’s 56 seats represent a firm lineup of committed partners, his Likud and three religious parties, plus Yamina’s 9 for a 61-seat majority. Yamina’s leader Naftali Bennett has pledged not to join a Lapid government that includes far-right Meretz and the Joint Arab List; (c) that the opposition camp in contrast consists of a mix of widely divergent factions from right to far left – Lapid’s Yesh Atid, Lieberman’s Yisrael Beitenu, Labor, Kachol Lavan, New Hope and Meretz. He is also counting in the 7-member Joint Arab List.

Lapid must still face the daunting task of hammering these clashing groups together into a harmonious lineup behind him with an agreed political program. The prospect of a cohesive Lapid government, which seats Aviigdor Lieberman alongside Arab MK Ayman Odeh, or the right-wing Gideon Saar as a willing partner of the far-left Meretz,, looks more like a pipe dream than solid reality.

And still out there are the five seats gained by the Ra’am party after apparently making it past the threshold of 3.75pc. Its leader Abbas Mansour says he is open to negotiations with any party leader depending on their response to the needs of the Arab community.

None of the figures recorded so far are final. The central elections committee has not given a date to complete the count of all polling stations, as well as the 450,000 “double envelopes,” and the military vote (a relatively high 70pc turnout), Some five Knesset seats are therefore still up in the air.

The final count of ballots may provide one of the opposing camps in this tight race enough strength to block its rival’s attempts to lead a new government. DEBKAfile predicts that at the end of the road, Netanyahu will strive to form a government with the resources to hand. If he finds he is short of a majority, he is likely to try for a minority government with the paramount aim of avoiding a ludicrous fifth election.

According to an earlier DEBKAfile report:

PM Binyamin Netanyahu’s Likud scored 31 Knesset seats according to the early Wednesday, March 24 count of 78pc national election votes. Yesh Atid came in second with 19 seats, followed by Shas with 10; Religious Zionism and Yisrael Beitenu – 7 each; Torah Judaism and Kachol Lavan – 8 each; Labor, New Hope and the Joint Arab list – 6 each; and Meretz – 5. The Arab Ra’am list is not far below the Knesset threshold.

If these figures are confirmed in the final count, the Likud-led bloc with Yamina commands a 62 majority for forming a coalition government. Still to be counted are hundreds of “double envelopes, whose contents may yet reshuffle the final election results. Netanyahu avoided claiming victory at this stage. He praised his party for scoring number one in Israel’s fourth election in a year and called for support to set up a stable government that will last its full four-term and avoid a fifth election at all costs. “I don’t rule anyone out in this government,” he said, “and I hope others will reciprocate.”

The figures computed on Tuesday night, March 23 for the exit polls of three television stations at the close of voting in Israel’s fourth general election, bring the Likud leader Binyamin Netanyahu within reach of his sixth term as prime minister if the figures are confirmed in the final count of votes. The score is as follows:

Gideon Saar, who set up New Hope to displace Netanyahu as Likud leader barely passed the finishing line. His second right-wing rival Naftali Bennett like Saar dropped to a single digit after a promising start. The second largest party Yair Lapid’s Future confirmed its permanent position at the head of the opposition on his fourth try to reach the prime minister’s office. The Religious Zionism Party, led by Bezalel Shmotrich, did better than predicted by the pollsters, as did Defense Minister Benny Gantz’s Kachol Lavan and the far-left Meretz. Both were written off by the pollsters who expected them to fall at the 3.25pc Knesset threshold.

The turnout of 69pc was relatively low. The response to the special voting facilities made available to coronavirus patients, quarantined voters and returning Israelis as the airport drew low numbers.