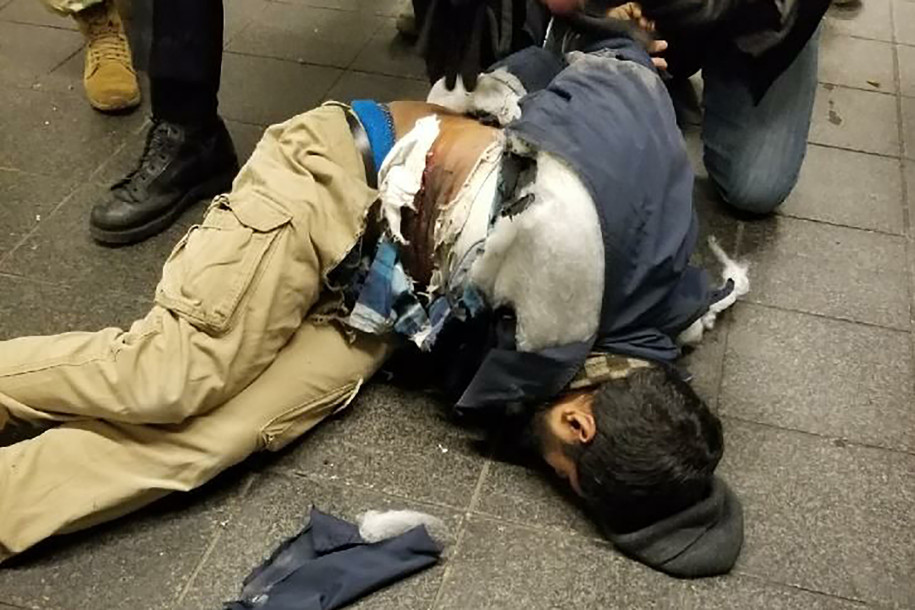 The perpetrator of a pipe bomb explosion in a subway station near Times Square on Monday, Dec. 11, is in custody and the incident that was treated as a terrorist attack contained. He was identified by NYPD as Akayed Ullah, aged 27, who lived in Brooklyn. He came from Bangladesh, had been in the US for seven years and acted in the name of Akayed Ullah. The explosive apparently detonated prematurely on a subway passageway and injured the bomber before he could board a train. Three other people were injured, but multiple casualties were prevented. The suspect had strapped the homemade explosive device on his body, which would make this a failed suicide bombing. He later told investigators that that he made the explosive device at the electrical company where he works.

Police responded to the explosion at the Port Authority bus terminal at 42nd Street and Eighth Avenue, not far from Times Square. It occurred during rush hour. The A, C. and E subway lines were evacuated and closed.  Hours after the event, eight subway lines are still closed and tens of thousands of New Yorkers were walking to their jobs through silent streets. President Trump was briefed on the explosion.

The New York police commissioner James O’Neill, NY Governor Andrew Cuomo and Mayor Bill de Blassio all confirmed later that the explosion at the major transport hub of the Port Authority was a terrorist attack.  The suspect now in custody was being treated in hospital for major, though not life-threatening, burns from what they called a very low-tech pipe bomb device strapped to his body. Three others suffered minor injuries. The three officials praised the first responders and law enforcement, which was “the best in the world.” The mayor said there was no specific, credible terrorist threats at this time.  New York is constantly an international target, he said, but “The reality is better than the fear. They won’t disrupt us.”
The police commission reported that 3,000 police officers are working transit hubs every day.
New York’s anti-terror forces are on high alert at train and bus transport hubs in preparation for potential terrorist attacks in this holiday season leading up to Christmas.

6 thoughts on “An explosion near Times Square, New York was a failed ISIS attack ”