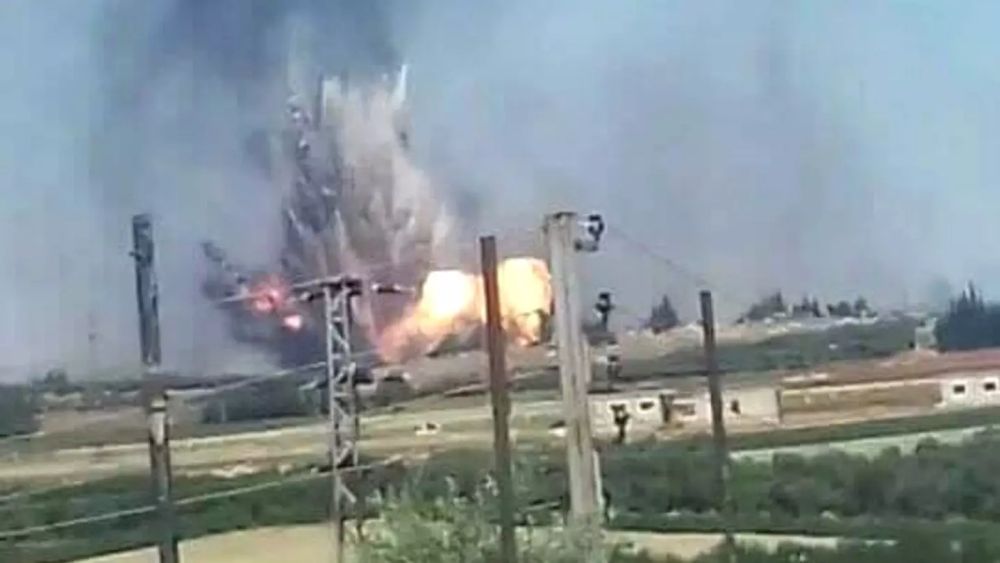 Fuel, arms and ammunition depots at a Syrian air base near Hama were blown up Friday, May 18, causing massive explosions at one of Iran’s most important bases in Syria. According to some reports, surface-to air missiles belonging to Iran’s Revolutionary Guards were hit and dozens of Iranians and Syrians were killed or injured. DEBKAfile’s exclusive military sources have learned that the attack was carried out by an unnamed ground force, which fired eight missiles at the base causing a string of explosions. The area was covered in black smoke indicating exploding ammunition. While Syrian state media reported the blasts, some officials claimed they were caused accidentally. On Saturday, a group calling itself Sariyeh Jihad (Platoons of the Jihad) claimed to have carried out the operation. Our sources have not found a a rebel group with that name.

126 thoughts on “Exclusive: A ground force caused big explosion at Hama air base with 8 missiles”