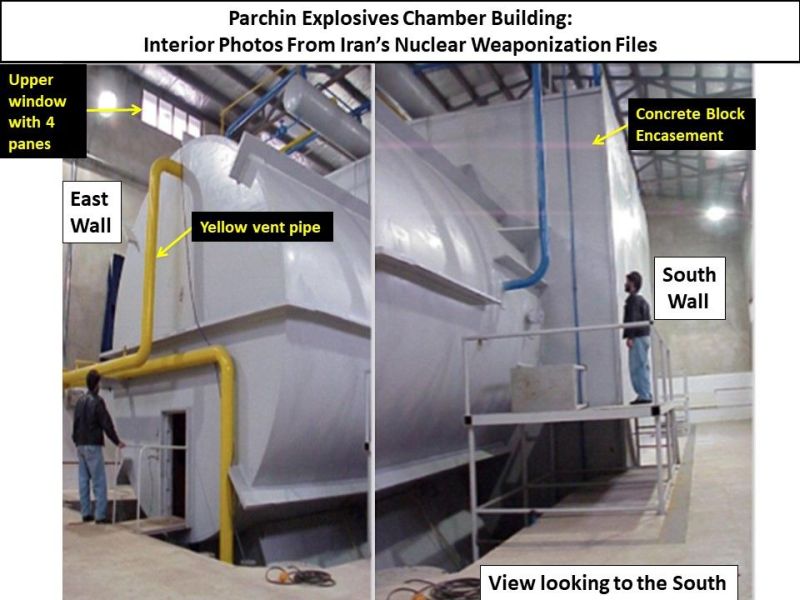 A report released by the Institute for Science and International Security (ISIS) on Oct. 23 offers new information and conclusions regarding the key role the high explosive test site in Parchin plays in the development of an Iranian nuclear warhead. The International Atomic Energy Agency (IAEA) was never given access to the Parchin military site and so its regular reports on Iran’s implementation of the 2015 nuclear accord with Iran (JCPOA) never reflected this violation.

The ISIS draws its data mainly from the Iranian nuclear archive clandestinely obtained by Israel and publicly released by Prime Minister Binyamin Netanyahu on April 30, 2018. He bared only a small section of that archive, which revealed that in 2003, Iran was operating a nuclear weapons program codenamed AMAD for building five nuclear weapons and preparing an underground nuclear test.

The ISIS assessed how the facilities at the Parchin high explosives site related to this program. Those activities were halted in late 2003 or early 2004, but, some time in 2004, the nuclear program was substantially restructured to better evade detection by the IAEA and Western intelligence. Meanwhile, the program covertly advanced. Incumbent Iranian president Hassan Rouhani was then national security adviser to the supreme leader and in charge of executing this plan.

Project 110 for developing a nuclear warhead in the AMAD program was divided into two parts, covert and overt. The latter part, relating to neutron sources used to initiate a nuclear explosion, went forward subsequently, unobserved at Parchin.

The Institute’s report on this facility is highly detailed.

The Institute has come to the following conclusions: