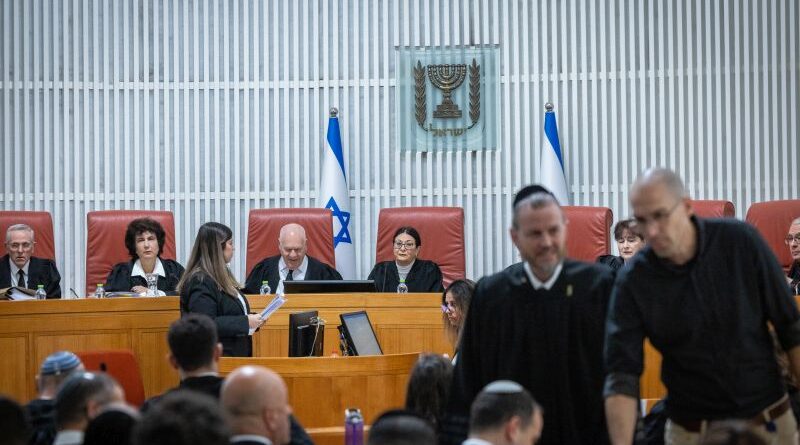 Attorney General Gali Bahara-Miara refused to defend the appointment of Shas leader Aryeh Deri as interior minister and health minister in the High Court hearings beginning on Thursday, Jan. 5. The appointments are challenged by petitioners over Deri’s past criminal convictions. He took up appointment under a new law – fast-forwarded as the Shas condition for joining the new government – which maintains that moral turpitude need not apply for barring him from office since in 1922, the district court agreed to the suspension of the custodial sentence brought against him for tax evasion.

The attorney general refused to defend the government stand as embodied in the law as “unreasonable,” maintaining that the Deri appointment undermines public trust.

The High Court hearing before an expanded bench of 11 justices opened the day after Likud Justice Minister Yariv Levin launched a sweeping judicial reform initiative for placing boundaries on the high court’s judicial latitude, including its freedom to overturn Knesset legislation and Basic Laws. Henceforth, a full 15-member court would have to be summoned and “unreasonableness” would no longer be accepted as legal grounds for judgements against a law or a government decision. By a 61 majority (out of 120 lawmakers), the Knesset could override a High Court decision. Levin also introduced government control over the judicial selection committee. The legal advisers operating in the various ministries would be subject to the ministers rather than the attorney general.

The reform package was denounced by the opposition as a government “coup” against the judicial system’s independence and devolution of the judges’ authority to the strong arm of political control.

Levin argued that the High Court had for years overreached its legitimate authority in the name of “judicial activism,” forfeited public trust in its rulings and made effective government impossible. His parcel of reforms, said the minister, would restore the proper balance between the three branches of government, parliament, and the judiciary and also enhance fading public confidence in the courts..

The minister announced that his reforms would be tabled in a couple of weeks and there would be ample opportunity for the airing of all opinions. He said that he expected the original text to undergo changes before the final version was passed into law.