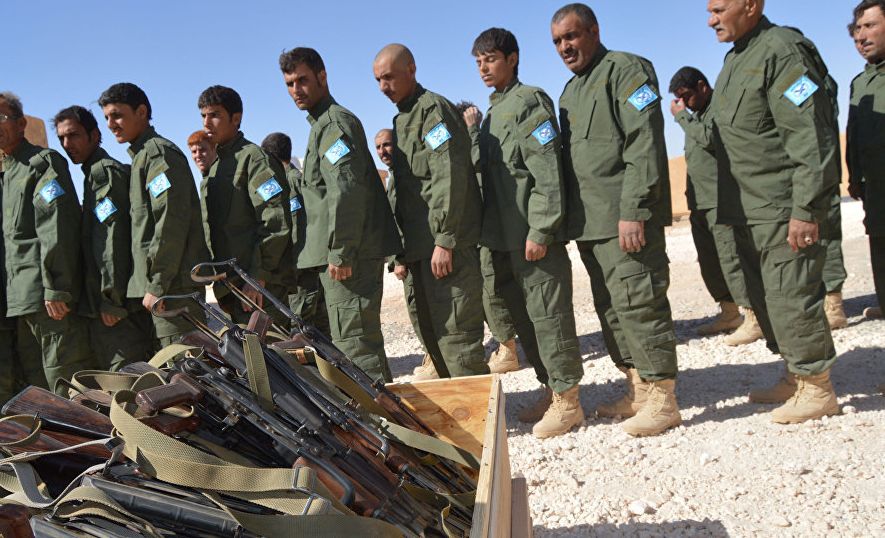 Washington’s decision to keep US bases in northern Syria, secured by a new 30,000-strong local force, drew a strong threat from Moscow. Col. Gen. Vladimir Shamanov, chairman of the Russian State Duma Defense Committee, said, “The practices of the United States, which is leading an international coalition allegedly against Daesh, contradict the Russian interests in Syria. Russia will work in cooperation with its partners to take necessary procedures to establish stability in Syria,” he was quoted as saying by Novosti news agency on Tuesday, Jan. 16.

On Monday, Russian Foreign Minister Sergey Lavrov said: “There is a fear that they are pursuing a policy to cut Syria into several pieces.” On the same day, a delegation of Syrian rebel chiefs arrived in Washington to try and persuade the Americans to restore aid. The US administration suspended that aid program seven months ago, immediately after Presidents Donald Trump and Vladimir Putin talked at the July 2017 G20 summit in Munich. It was then that they agreed to establish a series of de-escalation zones in Syria to wind down the warfare, with special focus on its border regions with Israel and Jordan.
However, when in recent weeks, Trump found the Russians opening the door for Iran to deepen its military presence in Syria, he lost faith in his deal with Putin. The Syrian rebels sensed an opportunity at hand to bid for the resumption of US arms and aid. A Free Syrian Army (FSA) delegation accordingly landed in Washington this week and openly solicited the CIA to go back to its former training and aid programs.

It may be assumed that FSA chiefs had received some sign from the Trump administration that their journey was worthwhile. They may also have understood that, if Washington was willing to set up a new army in northern Syria, dominated by the Kurdish YPG militia, it would be equally amenable to reconstituting the FSA for operating on other fronts, especially against the advancing Syrian government army and its Iranian and Hizballah allies.
In a word, the situation is a far cry from Putin’s assertion at the Russian Khmeimim air base near Latakia on Dec. 11, that the war was ending with a Russian victory.  Instead of being over, the war has switched to a new stage.
In further reference to the new US plans for northern Syria, Lavrov said on Monday: “What it would mean is that vast swaths of territory along the borders of Turkey and Iraq to the east of the Euphrates River would be isolated.” He complained: “There is nothing in the UN Security Council resolutions that have been pointing to that and neither is it in our previous agreements, so we are expecting some clarification from the US.”

But the Trump administration is now busy translating its decisions into actions on the ground in Syria and has no time for diplomatic wrangling. The de-escalation zones agreed by the two leaders seven months ago are dissipating, under the pressures of Russian-Iranian movements, US counter moves and Moscow’s threats. It is now up to Israel to adapt to the new reality that Syrian border zones are no longer secure.