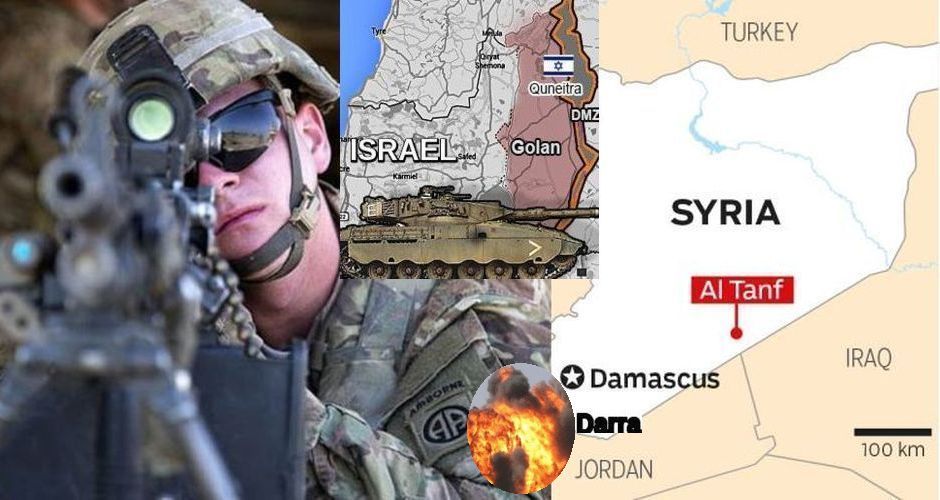 Syria’s moves in the southwest this week followed Russia’s failure to persuade Israel to stand aside and allow Assad’s army to take charge of the Quneitra and Daraa regions on the Israeli and Jordanian borders. Moscow hoped that the Syrian rebel forces defending the two areas would lay down their arms and go over to Bashar Assad’s army. DEBKAfile’s military sources report that the Netanyahu government spurned Russia’s plan – not least for lack of trust, suspecting that the Syrians would cheat and let Hizballah reach its border. Last month, an attempt was made to trick Israel, after its consent to a previous Russian plan to hand the Beit Jinn enclave on Mt Hermon to Syria, by providing Hizballah troops with Syrian Army 4th Division uniforms.
The same deception is being practiced at present in the southwest regions of Daraa and Quneitra. Russian and Syrian propaganda machines claim that Hizballah and pro-Iranian Shiite militiamen are being withdrawn from the Israeli and Jordanian borderlands,  when in fact they are not moving after being disguised in Syrian army uniforms. The Russians don’t mention an Iranian withdrawal because Moscow pretends they don’t exist, when in fact an Iranian command center is fully operational in that part of Syria.
The statements coming from the Russian ambassador to Beirut, Alexander Zasypkin, to Hizballah medium outlets add to the perplexity in Jerusalem about Moscow’s intentions in Syria. He declared a few days ago: “We say that the Syrian army now, with support from Russian forces, is recovering its land in the south and restoring the authority of the Syrian state.”
Jerusalem tried to find out what is really going on, according to our intelligence sources. Does the Russian ambassador include Hizballah troops disguised as Syrian soldiers and officers in his comment? No answer came from Moscow.

The Netanyahu government and the Trump administration are  keeping close watch on events in southern Syria in close interaction, because the Russians are trying to sell the same sort of deal to the US as they did to Israel. While Israel was being lobbied to drop its support for the Syrian rebel groups holding Quneitra, the Russians seek US consent to ditch the rebel Syrian Free Army holding Daraa on the Jordanian border. This concession would produce a chain reaction, forcing the US  to abandon its key outpost at Al Tanf at the border junction between Syria, Jordan and Iraq.
In response to Russia’s machinations and trickery, the Trump administration on Thursday, June 21, sternly warned  Moscow and Damascus that Syrian military movements in the southwest would have “serious repercussions,” because they violate the Trump-Putin accord  reached in Hamburg in July 2017 to set up deescalation zones in the Daraa and Quneitra regions.

DEBKAfile’s military sources report that the US warning and Israel’s repudiation of the Russian deal have had the initial effect of holding back the Syrian army’s advance on the two sensitive border regions. Syrian forces are shelling rebel-held areas and on Friday, sent two or three helicopters over to drop bombs, but are otherwise stationary. However, more than half of Assad’s fighting strength is poised in the southwest ready for a general offensive, which he has promised, to take the area and may launch at any moment. It is hard to tell how Israel and the US will react.