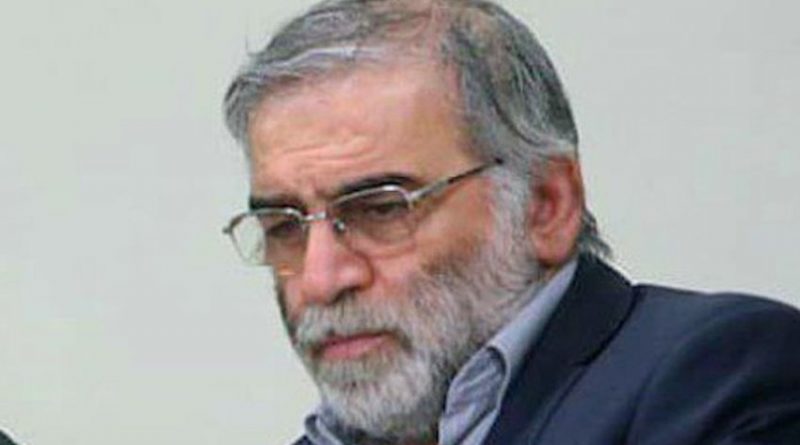 The reclusive Dr. Mohsen Fakriazadeh, reputed father of Iran’s nuclear weapons and missile programs, was assassinated near Tehran on Friday, Nov. 27. He was attacked by unknown killers in Damavand, Tehran Province, during an armed conflict with his bodyguards. This was confirmed by Iran’s Revolutionary Guards of which the scientist was also a brigadier general.

Shariar Heydari, Dep Chairman of Iran’s parliamentary National Security Commission told reporters that the Iranian scientist was martyred when “a car exploded in front of his vehicle followed by gunfire by the terrorists” killing the scientist and one of his bodyguards.

The physicist who operated in the shadows was first prominently named by Prime Minister Binyamin Netanyahu in April 2018, during his televised revelation that the Mossad had removed Iran’s vast nuclear archive from a secret warehouse in Tehran. He presented a photograph, saying “Remember that name, Fakhrizadeh.”

After Iran’s physics Research Center (PHRC) was exposed as a military organization, the center changed its name to the Institute of Applied Physics under the codename of AMAD.  Fakhriazadeh took over as head of research and continued the secret nuclear weapons program after Iran signed its 2015 nuclear accord with six world nations. This too was disclosed in the Netanyahu presentation.
In an effort to protect this key director of nuclear weapons development against assassination, photographs of the nuclear scientist were rare and he was surrounded by a protective shield of security. the Iranian authorities also denied numerous requests from the Atomic Energy Agency to interview him. He is the last in a succession of Iranian nuclear scientists who were assassinated over the years.

DEBKAfile adds: No party has claimed responsibility for the removal of the keystone of Iran’s drive for a nuclear bomb, and this assassination may never be officially acknowledged, any more than its precedents.

Incumbent US President Donald Trump has pledged that Iran will never be allowed to acquire a nuclear weapon, as has Israel. The timing of the operation between American presidents is, however, highly suggestive. Joe Biden is believed to be planning to restore the US to the nuclear accord after Trump’s withdrawal and possibly treat the Islamic Republic with greater lenience.
Another question is if and how Iran will react to this body blow to its nuclear aspirations, which may be compared in gravity to the killing of the Islamic Republic’s master military strategist, Qassem Soleimani in Jan. 2019 by an American drone.