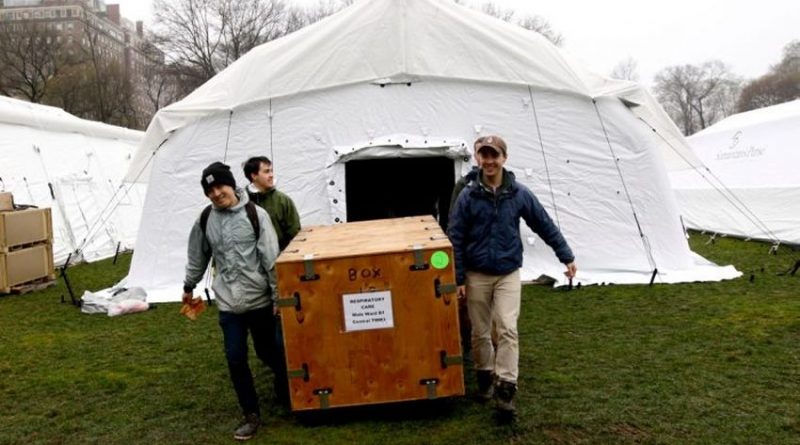 Most experts forecast a second global assault by the coronavirus pandemic in April along with an unprecedented surge in infections and deaths. The global figure of coronavirus infections stood at 750,000 on Monday, March 20, including 33,000 fatalities. China, the first epicenter of the covid-19’s global offensive, has passed this dubious honor to the United States, Italy and Spain. An ominous silence hangs over the city streets of America and world capitals, such as London, Moscow, Paris, Rome, Madrid, Jerusalem, Berlin and others. Storefronts are darkened as people confined to home live in dread for their livelihoods.

As the US became the world coronavirus capital with more than 120,000 cases. Dr. Anthony Fauci, head of the US National Institute for Infectious Diseases, warned that millions of infections lie ahead of America with more than 100,000 deaths. President Donald Trump had to back away from his forecast that the nightmare would be over by Easter (in two weeks) and extend restrictions for combating the virus’ spread until the end of April. A field hospital has gone up in New York’s landmark Central Park and the US Navy’s “New York” hospital ship is heading for port with 1,000 beds.

Russia has sealed its borders by land, air and sea to non-residents; the mayor of Moscow ordered all residents to self-isolate. Germany, with 57,000 confirmed cases and 455 deaths, is putting its trust in extensive testing and quarantining to break the infection chain, a strategy borrowed from South Korea.

In Israel, which has suffered 15 deaths from covid-19, infected cases rose on Monday to 4,347 with the number of serious cases requiring hospital care climbing to 80. New measures were introduced this week to tighten the near complete lockdown even further. It was coupled with expanded testing by region. The thinking is that  mapping the affected areas geographically to pinpoint the hotbeds of infection will eventually help lift the lockdown on infection-free parts of the country for returning to normal.

Health specialists and economists are locked in the same heated tug-o’-war over the need for total lockdowns for halting the spreading virus versus the likely irreversible economic damage they generate. The latter argue that the shutdown while possibly halting the disease would kill the victim’s economic life support.
The argument rages amid fears that giving into the economic arguments in response to a temporary ebbing of coronavirus infection would bring forth a redoubled outbreak in April going into May. This second wave could be even more ferocious than the first. Signs of this second covid-19 assault moving in are visible in China, Taiwan and Singapore, who relaxed restrictions after successful efforts to contain the spread of the plague.

Hanging over these debates is the fact that too little is known about the nature of coronavirus and its responses. The search for a remedy or vaccine may take years before one is certified for use and manufactured in sufficient quantity to beat a plague that knows no borders.

Two experimental anti-virus remedies for coronavirus are being tested in Israel’s hospitals. At the Sheba Medical Center, Prof Galia Rahav is supervising the use of  anti-bodies contained in blood drawn from volunteers who have recovered from covid-19. The plasma which contains the antibodies is being separated from the blood samples and injected in critical cases in hospital. The US FDA has approved the experiment. Remdesivor, a drug developed by the American company Gilead, which successfully stemmed the ebola outbreak, is being extensively used in the corona intensive units of Israeli hospitals, likewise in critical cases. Evaluating the results of both experiments calls for tests to be conducted on large, monitored groups for regulated periods.