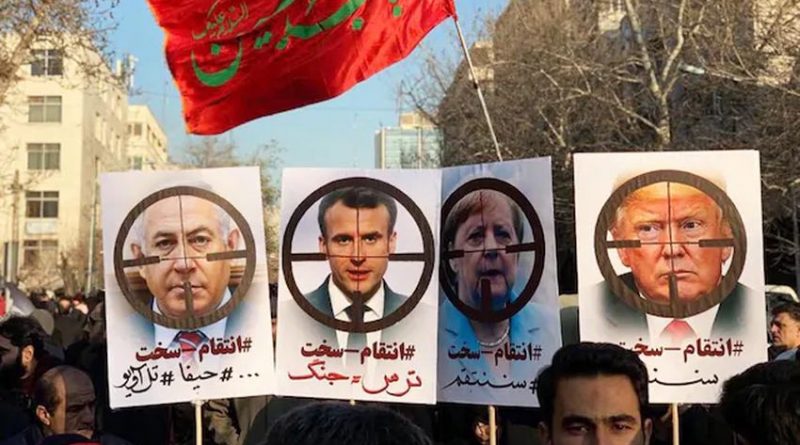 Tehran and Washington are on a straight line to collision, DEBKAfile’s military sources report. Tehran is unshakably resolved to avenge the death of its top general Qassem Soleimani, while the Americans are deep in preparations for counteraction. An incident on Monday, Jan. 6 created a misleading impression of US confusion. In a Pentagon letter, Baghdad was notified to expect unusual US helicopter activity over Baghdad’s Green Zone due to the “US-led task force preparing for onward movement.” This was misinterpreted in some European capitals and Baghdad as meaning that US forces were preparing to pull out of Iraq.

Defense Secretary Mark Esper set the record straight: “There has been no decision to leave Iraq Period,” he said.  And Chairman of the US chiefs of staff, Gen. MarkMilley, was forced to admit that the letter’s release was “a mistake, an honest mistake, a draft of an unsigned letter, because we are moving forces around.”

This incident brought to the surface the enormous pressure weighing on President Donald Trump in Washington and Western capitals to step back from any action that could precipitate a fresh Middle East war involving the United States.
However, they were too late. Every hour since Jan 3, when the US killed its iconic general, shows Tehran to me more intent on avenging his death, while American forces are stepping up major preparations against this collision across the Middle East and as far as the Indian Ocean.

On Monday, US Air Force B-52 bombers were transferred to the Indian Ocean island-base at Diego Garcia, ready at short notice to bomb the 52 targets inside Iran cited by President Trump should Iran or any of the Shiite militias across the region go into action against United States.
Iran, for its part, has readied its intermediate-range missiles for launch – although not as yet its long-range ballistic weapons.

According to current estimates by DEBKAfile’s military and intelligence sources in the West and in Israel, the Iranians are deep in extremely thorough preparations for a military escalation with the US in the second week of February. They are meanwhile conducting exploratory passes prior to landing heavy blows on US bases and other targets at that time.
This time frame is highly significant since on Feb. 11, the Islamic Republic celebrates the anniversary of its Shiite Revolution. An onslaught on the US military would be the most appropriate form of celebration, in the view of its current leaders – especially in Iraq, where the American presence stands in the way of dominating their most coveted territory of influence.

While Iran and the US are using the coming three weeks to prepare for the collision, the forces urging restraint are bending all their efforts to turning it aside.

Israel has been on high alert since the Soleimani killing, lest as America’s foremost ally it takes the brunt of Iranian punishment. On Monday, a security cabinet meeting issued a dry statement according to which “Our military circles don’t expect an Iranian-US clash to involve this country since it had no hand in the killing of Qassem Soleimani.” This statement aimed at calming taut nerves in the country.

However, a red light could not be ignored. Ismail Haniyeh, political chief of the extremist Palestinian Hamas. made a prominent appearance at the head of a large delegation to the Soleimani funeral in Tehran and, no doubt, used the opportunity to sit down with high officials there. Israel granted Cairo’s request to allow Haniyeh to leave the Gaza Strip last week and travel abroad against a pledge that he would not visit Tehran. This broken pledge signifies the worth of any deals Israel hopes to strike for a long-term truce with the terrorist organization ruling the Gaza Strip.
Looking ahead, it is important to recognize that Iran’s paramilitary proxies can muster 280,000 men under arms in the Middle East, including 100,000 positioned along three of Israel’s borders: the Shiite Hizballah deploys 65,000 fighters in Lebanon and the Palestinian Hamas and Islamic Jihad maintain 20,000 and 8,000 armed men respectively in the Gaza Strip. It is hard to see Tehran neglecting to use these satellite groups for broadening its revenge operations for Soleimani’s death.

Mohsein Rezaei, Expediency Council secretary and adviser to Iran’s supreme leader, said at Tehran’s huge Monday ceremony: “Iran’s revenge against America for the assassination of Soleimani will be severe … Haifa and Israeli military centers will be included in the retaliation.”