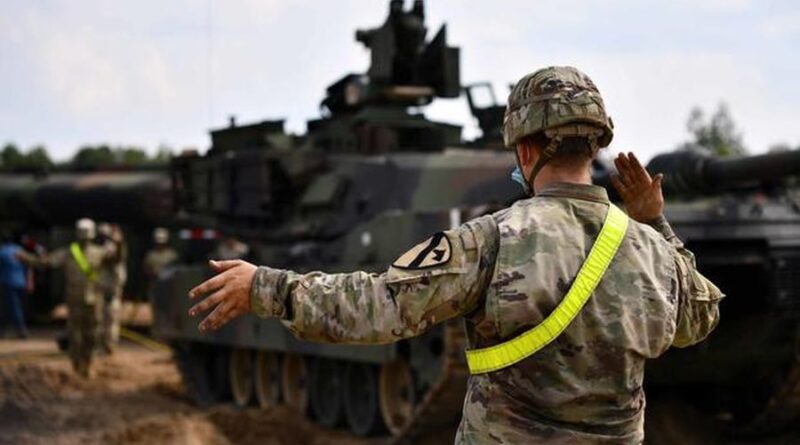 Russian forces are encircling Kyiv from the east, northwest and west, but on March 9 – more than two weeks into their Ukraine invasion – had still delayed their assault on the capital. Western intelligence says they are waiting for more supplies of troops and ammo. Their losses are estimated at some 3,000 troops at the hands of Ukrainian resistance fighters.

The US is sending two Patriot antimissile batteries stationed in Europe to Poland. They are to protect American, Polish and other allied troops in the country, from deliberate or inadvertent spillover of the war from neighboring Ukraine, the Pentagon said on Tuesday. Poland has been a staging post for Western military aid to Ukraine, but also host to the largest surge of Ukrainian refugees in flight from Moscow’s invasion – an estimated two million to date. The number of US troops posted to Europe is now around 110,000.

The UN reports the situation in eastern and northeastern Ukraine to be extremely volatile, amid heavy fighting, including on the outskirts of Kyiv. Civilians in the cities remain trapped by the fighting in dire conditions without access to food, water, electricity and basic supplies and services, according to Stéphane Dujarric, a spokesman for the UN secretary general. The UN said it had confirmed that 474 civilians had been killed and 861 injured since Monday.

Israel said on Tuesday that it would offer temporary refuge to 5,000 Ukrainian refugees who have no Jewish connections and allow 20,000 Ukrainians who were in Israel before the war, most of them illegally and without visas, to stay until the fighting is over. The decision comes amid a fraught debate in Israel and abroad over how widely the country should open its doors to those fleeing the war.