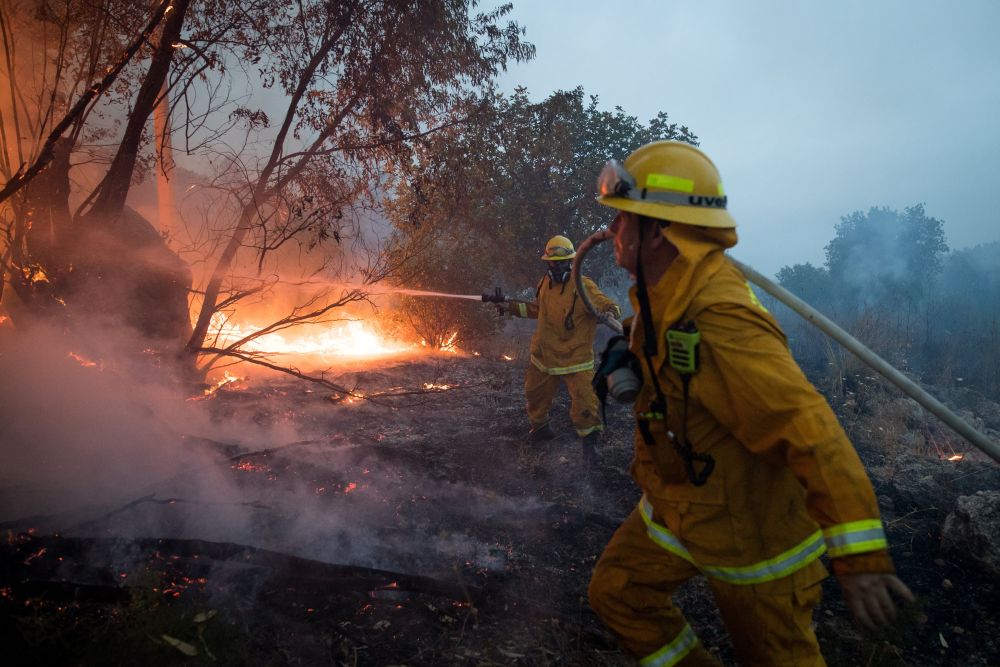 Most of the 3,500 people rescued from their homes on Thursday to escape raging wildfires were advised not to try and return yet, as scorching winds and 48 C degree temperatures portend a second day of fast-spreading wildfires. The worst hit by the largest blazes were the central inland town of Mevo Modi’in near the Ben Shemesh park and Kibbutz Harel in the Jerusalem Hills. More than 40 homes there were gutted by fire. Other smaller towns were also evacuated in time to prevent casualties, except for a score of smoke victims. The outbreak is widely blamed on sparks from Lag Be’Omer bonfires on Wednesday night, which were restricted but not banned and not properly extinguished.

At first light on Friday, fire-fighting teams, backed by 12 flying extinguishers and 2 police helicopters, were out ready to damp down any flickers spotted from Thursday’s fires and catch new conflagrations in time. More extinguisher aircraft are on the way from Italy, Croatia, Greece and Cyprus in response to Israel’s request for assistance. Friday morning roads in the vicinity of the big fires remained closed to traffic, including Highway 443 to Jerusalem.

The Ministry for Social Equality opened a hotline (*8840) Friday morning for volunteers offering to put up fire victims in their homes during the emergency.