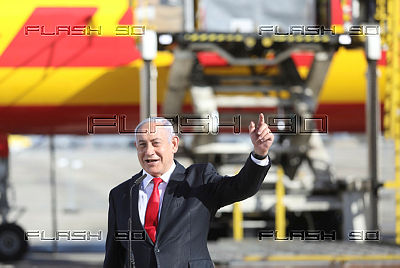 No wonder that many Israelis feel they are under siege with all that happened in 24 hours. The Netanyahu government was hoping people would overlook the embarrassing flop Tuesday night of its three-week night curfew strategy for beating coronavirus, when the first Pfizer vaccines arrived on Wednesday, Dec. 9 with word of millions on the way. But then, stalwart Likud lawmaker Gideon Saar’s decision to split and start a new party hit a country already sick and tired of politics. The government coalition’s petty politics coalition was blamed for the country being forced to face a fourth election in less than two years. On Wednesday, a Knesset committee set the date for March 16.

Saar’s break with Likud coincided with its leader, PM Binyamin Netanyahu, being beset again by a swarm of critics and rivals, while struggling to tame the pandemic’s relentless spread without imposing an unpopular lockdown.

By naming his party “New Hope,” Saar, 57, drew sardonic comments rather than cheers. A steadfast rival of Netanyahu, he was trounced in the party\’s last leadership race two years ago and passed over for a post in the latest cabinet lineup. Saar still enjoys a minority following in Likud. His break with the party will undoubtedly cause shifts in Israel’s national political landscape. While he must have tested the water before jumping in, his success in staying afloat with substantial numbers will be tested as much by events as his political skills.

More than one Likud defector sank when their new lists faced the voter; others disappeared. Naphtali Bennett’s Yemina and Lieberman’s Yisrael Beteinu did survive and went into opposition. They can expect to be targeted for poaching by Saar’s new party. But so too can defense minister Benny Gantz’s segment of Kahol Lavan. They are resigned to the fall of the government after less than a year in a loveless marriage with Netanyahu and his Likud.

All three, Bennett, Lieberman and Gantz, claim loudly that they are fully qualified to head the next government and could do a better job as prime minister than the incumbent. They accuse Netanyahu of putting solutions to his legal woes ahead of the national interest. A fourth pretender, opposition leader Yair Lapid, maintains that there is no better choice than himself for leading the country. His Yesh Atid party, which never held an internal leadership vote, may also be ripe for chipping away by Saar’s new venture. Lapid’s associate, former army chief and Likud member Moshe Ya’alon, also put his name forward this week as a candidate for prime minister.
The ardently wooed former chief of staff Gady Eisenkott has so evaded the blandishments of all the different parties until an election date is set, before deciding whether and how to jump into the chaotic political arena. He can’t have missed the declining esteem awarded his fellow former chiefs of staff, Gantz, Gaby Ashkenazi and Moshe Ya’alon, for their lackluster performance as politicians.
Eisenkott has said he would look for “a moderate right-wing” grouping if and when he makes up his mind. But Gideon Saar hardly qualifies for that definition. He is a hawk and a fervent champion of the historic Jewish claim to Judea and Samaria and expanded West Bank settlement.  His speech departed from the regular hostile lambasting of Netanyahu over his corruption trial and focused on the charge that Likud is betraying its core values under Netanyahu’s leadership.

The March election is still to be confirmed in three Knesset readings. This legislative process could be halted, if the new party pushes Netanyahu and Gantz into a compromise deal and the March vote is called off. The premiership contenders would then be hung out to dry before making a grab at the top slot. If the ballot goes through, however, it will be fought among a burgeoning assortment of right-wing parties. The rightist grouping proves to have greater appeal for the majority of the Israeli electorate, while the left and center barely get a look-in. The right-wing bloc is therefore set to grow stronger, while Binyamin Netanyahu who built it may face another bash at his leadership.