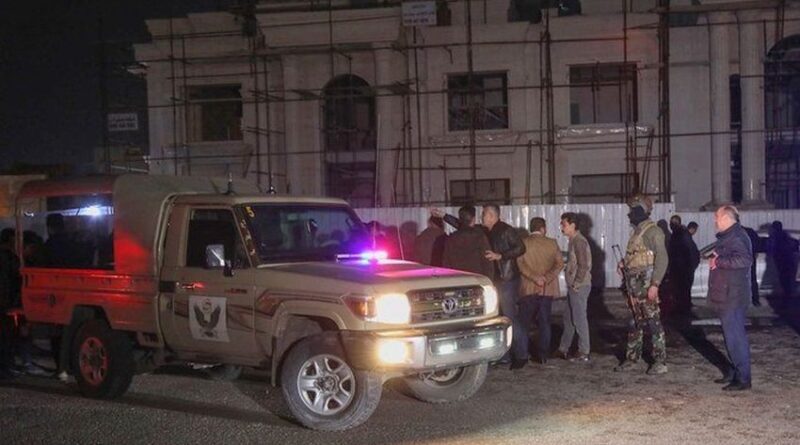 US troops in Iraq were targeted for the first time on Wednesday, April 14, by an explosives-packed drone which hit a US-led coalition base at the airport of Irbil, in the semiautonomous Kurdish republic of northern Iraq. Reporting this, the regional interior ministry said no one was hurt in the blast but a building was damaged. Some 20 bomb or rocket attacks have targeted bases housing US soldiers or diplomats in Iraq since US President Joe Biden took office in January. Dozens attributed to pro-Iranian Shiite militias took place over the preceding 18 months.

An explosion was also heard near the area and an investigation into the incident has been launched, the ministry said in an earlier statement.

“Special sources” told the Sabereen News agency, known for its contacts in pro-Iranian Iraqi militia circles that “The drone attack targeted a purported Israeli Mossad facility” in the Kurdish region. They claimed “Ten officers were killed and injured in the attack on the Mossad Center.” Three names were offered: “Manhanen Naom, Ekifa Ame and Perez Jacob” descfibed as “Zionist officers [engaged in intelligence activities at the Mossad center in Irbil for several months.” The news outlet noted that it will publish further details “when necessary” to include “accurate information about the location and the type of intelligence activities of the Mossad there.” The outlet earlier reported that “unknown resistance forces” were responsible for the attack.

The Kurdish government spokesman in Irbil denied the entire report as “categorically divorced from reality.”

These events, DEBKAfile reports, carry messages from Tehran to Washington and Israel:

The Irbil drone attack warned the Biden administration to stop posing conditions for resuming nuclear talks, else the attacks on US bases in Iraq would spiral into the further use of explosive drones.
The warning to Israel came in two parts: