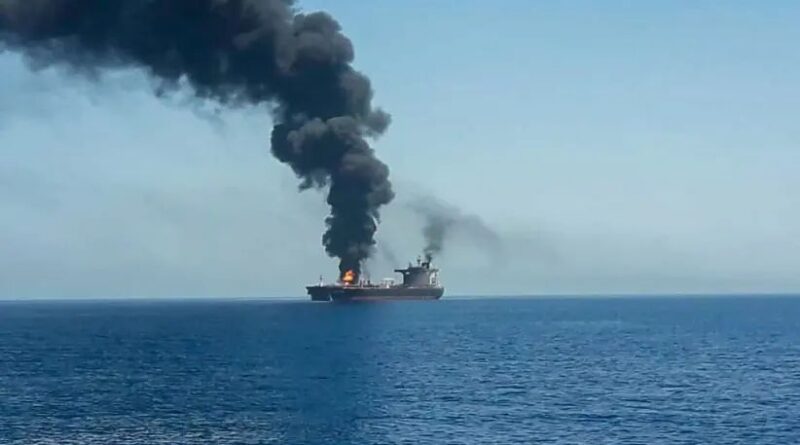 Iran for the first time launched a suicide drone on Friday, July 30, against an Israeli-operated merchant vessel, the Mercer Street, north of the Omani island of Masirah in the Indian Ocean. Two crewmen, a Briton and a Romanian, were killed as the ship caught fire. The US Navy rushed to the burning ship’s aid and escorted it to harbor in Abu Dhabi, in the UAE. It was attacked while on its way from Dar es Salaam to Fujairah with no cargo aboard.

The Israeli owners had transferred the vessel to Japanese ownership after previous less serious incidents against their ships in the same region, while continuing to operate it from their London-based Zodiac Maritime Office.

Defense Minister Benny Gantz called an urgent conference on Friday night with Chief of Staff Lt. Gen. Aviv Kochavi and other senior commanders, following which Gantz announced that Israel would make an “appropriate response” to the attack.

DEBKAfile adds: The event broke new ground as indicated by the following: