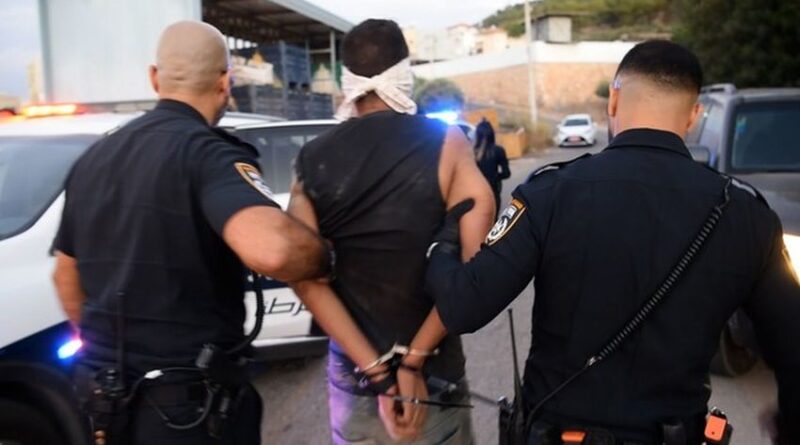 Early Saturday, Sept. 11, Israeli forces captured another two Palestinian fugitives from the Gilboa maximum security jailbreak. Zakaria Zubeidi, Fatah terrorist symbol, and Islamic Jihad’s Mahmoud Al-Arida were discovered hiding under a vehicle at a truck garage near Mt. Tabor in northern Israel. Like the first two fugitives caught a few hours earlier in Nazareth, the two convicts looked hungry, spent and cowed. None of the four were armed and all were captured without resistance, except for Zubeidi who tried to get away but was quickly overpowered.

Earlier, on Friday night, passersby in the Israeli town of Nazareth became suspicious when they saw two men foraging in dustbins for food. They notified the police and security forces, already present in the area following a tip-off, closed in on the suspects. They were immediately identified as the brothers Mahmoud and Mohamed al-Arida, members of the Palestinian Islamic Jihad, and part of the group of six convicted terrorists, all from Jenin, who broke out of Gilboa security jail five days ago.

DEBKAfile’s security sources reported at the time that the massively boosted military, police, and intelligence forces, enlisted for the manhunt, had reconstructed the separate escape routes taken by the other four fugitives still at large and may be closing in on them. Soldiers and police officers had been on high alert since the jailbreak early Monday, braced ready to deal with eruptions of Palestinian rioting in the West Bank and Jerusalem. Units were also assigned to prisons in case of outbreaks..
All the terrorist organizations had held up the escapees as heroes whose feat must inspire the Palestinians to stage a “day of rage” against Israel’s failing strength. The image of the first two captured “heroes,” exhausted, rummaging for food and captured, after five days of freedom hardly fit that image.

Friday night, minutes after news of the capture of two of their members, Islamic Jihad in the Gaza Strip fired a rocket into Israel. It apparently exploded harmlessly on open ground in the Eshkol Council area.

First lessons from the episode. Israel’s prison system faces a thorough overhaul after the exposure of its manifold faults and misplaced policies. Some heads are bound to roll.

At the same time, the leading terrorist organizations, Fatah, Hamas and Islamic Jihad, must explain how the six “heroic” jailbreakers came to be left to fend for themselves after their escape. The first four were found in Israel, far from their Palestinian West Bank home ground in Jenin. They were seemingly either deliberately abandoned to their fate by their organizations, or too fearful of trusting fellow members to render help without turning them in. Palestinian propagandists are already retouching photos of Zubeidi to polish the forlorn image presented by their poster boy when he was captured.