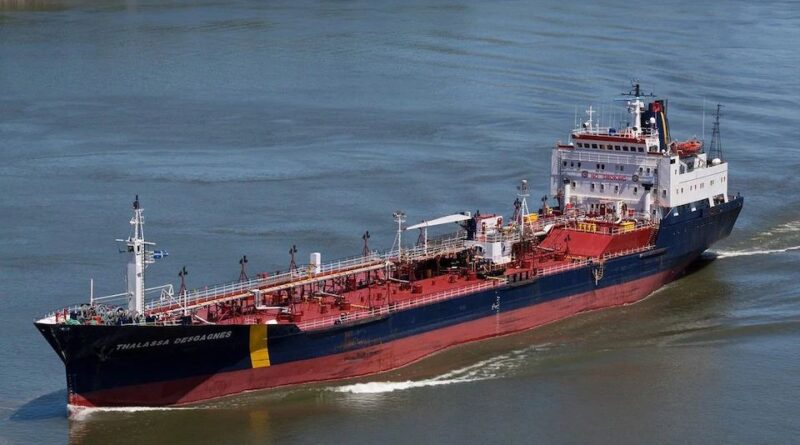 The hijacking of a Panama-flagged ship by armed men in the Gulf of Oman on Tuesday, Aug 2, was confirmed by Lloyds Maritime intelligence Wednesday morning. when it was tracked heading towards the Iranian port of Jask.

Earlier, on Tuesday, four oil tankers reported that they were “not under command,” meaning that a vessel has lost power and cannot steer. One of the ships later has begun moving. It is unclear whether this episode is connected with the MV Asphalt Princess hijacking. These events are still clouded in mystery excepting only for unconfirmed reports.

A British source said the seized tanker, identified as owned by a Dubai-based company, had been boarded by nine unidentified armed men as it approached the Strait of Hormuz and ordered to sail to Iran.

A spokesperson for the UK Foreign Office said it was urgently investigating “reports of an incident on a vessel off the UAE coast,” which would be the second in less than a week after the drone attack on the Israeli-owned Mercer Street. The White House called the reports “deeply disturbing.”  A senior US State Department official Wendy Sherman said that the handling of the incident was in the hands of the UK government.

At least three maritime security sources report that five civilian vessels, four of them tankers, were on Tuesday night, Aug. 3, under attack possibly hijacked by Iranian or proxy forces. One ship was identified as the Panama-flagged asphalt/bitumen tanker Asphalt Princess. They were sailing near United Arab Emirates shores when “a non-piracy incident” was reported by British maritime authorities.

Four of the ships warned they had lost control of their steering under unspecified circumstances and signaled their status as “not under command.” According to DEBKAfile’s military sources, this status may refer alternatively to a hostile force boarding the ship and taking command of the bridge or, possibly, a cyberattack on the ship’s steering mechanism and radar. Details surrounding the five commercial vessels’ plight ae still under investigation.

Iran’s Foreign Ministry disowned any part of the episode and, in fact, complained that reports of security incidents involving several ships near the UAE coast on Tuesday were “suspicious” and warned against efforts to generate a “false atmosphere” against the Islamic Republic.  The atmosphere in the Gulf region is, however, already pregnant with real tension as the US, Israel, the UK and Romania ponder a “collective” reprisal for the Iranian drone attack on the Israeli-operated Mercy Street off the coast of Oman last Thursday.