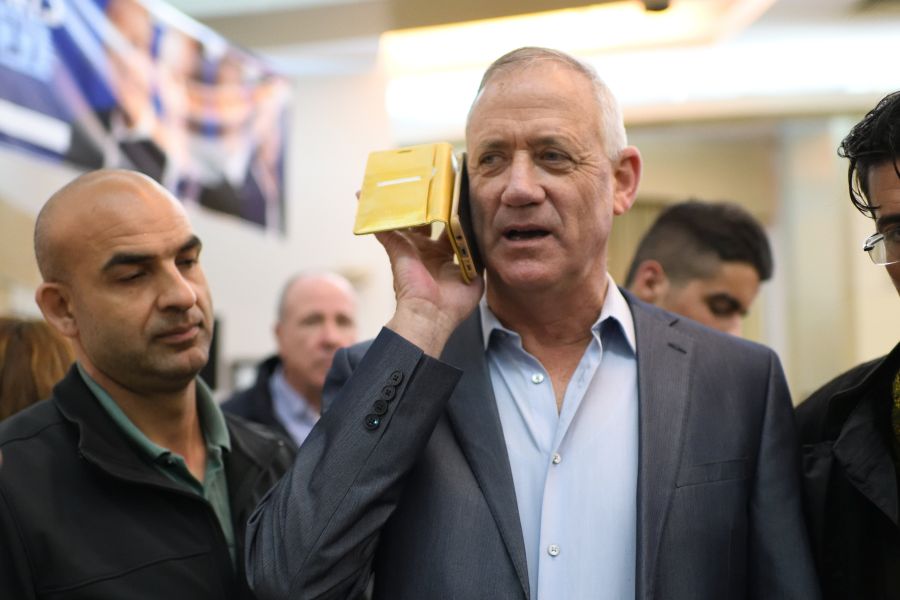 Israel’s bitter campaign for election hit a new low in the last 10 days when politicians impugned the credibility of the IDF, the Shin Bet national security agency and the Mossad national intelligence agency. Two ministers, Tzahi Hanegbi explicitly and Yoav Gallant, implicitly, cast doubt on the veracity of the IDF spokesman’s claim that the twin rocket attack on Tel Aviv on Thursday, March 13, was caused inadvertently by a Hamas technician pushing the button by mistake. Both are members of the foreign affairs and security cabinet.

That was serious enough. But then the IDF made matters worse by stating that had Hamas meant the attack for real, Israel would have retaliated with five times the power than it did when the IAF bombed 100 targets in the Gaza Strip! A third cabinet member, New Right’s Naftali Bennett denounced this bombardment as pathetic.

But another affair is meanwhile gaining wings and grabbing headlines. On Friday, March 15, the Shin Bet acted out of character by issuing a statement denying having reported to Prime Minister-cum-defense minister Binyamin Netanyahu information on the hacking by Iran of the private smartphone of Blue-White leader Benny Gantz, Netanyahu’s hottest rival. The Shin Bet was clearly anxious to distance itself from an increasingly murky episode.

This denial only fanned the scandal: Until then, there had been no formal confirmation of a TV reporter’s scoop alleging that two Shin Bet officials had warned Gantz that Iran had hacked into his smartphone and could use its content for extortion. The reporter added that the officials had left it to Gantz, a former IDF chief of staff, to decide how to handle the breach. Blue-White leaders immediately played down any prospect of a national security breach and emphasized that the incident, which occurred four years after Gantz had ended his term as army chief, had been deliberately leaked.

On Saturday, the Mossad stepped in too with a denial to reporters of having relayed to the prime minister any word of the episode.

Who then was responsible for the leak of information which the two security services contend never reached Binyamin Netanyahu? It should be noted that the national cyber authority is a department in the prime minister’s office and its monitors may have picked up on the Iranian breach and run off with the leak. Or even one of Israel’s high-powered hi-tech companies.

But by now no-one is listening to theories that don’t put Gantz’s hacked smartphone front and center of the acrimonious political campaign. If this means trashing the credibility of the Mossad and Shin Bet’s denials, so be it.

Blue-White leaders, joined by another of Netanyahu’s foes, former prime minister Ehud Barak, insist that the entire episode was manufactured for Likud campaign spin as a diversion from the bribery cases against its leader, the prime minister.  Moshe Ya’alon, one of the generals leading Blue-White told a radio interviewer Sunday morning, March 17, that he doesn’t believe  Iran was responsible for hacking his colleague’s smartphone. His party asked the attorney general to investigate the episode, a recipe for dragging it out for years after the April 9 election is history.

In the heat of the campaign, Blue-White leaders, whose poll numbers are dropping, are naturally making every effort to kill the Gantz smartphone story while at the same time pinning it on the Likud leader. But they are rattled, because no one knows for sure what content was on the mobile – except maybe Iran – or which political hands it has reached. And with 23 days to go to voting day, there is no telling what other sensations may be leaked. This episode still has a way to go.