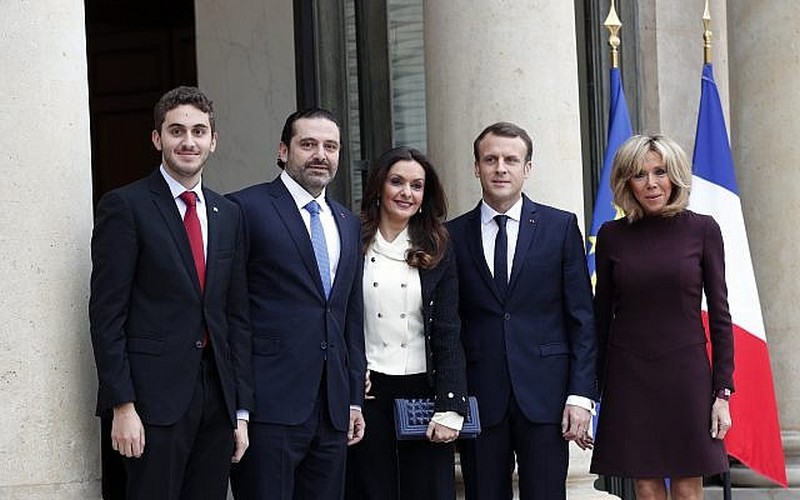 President Emmanuel Macron appears to have taken on the role of patron in the baffling case of Saad Hariri, since the Lebanese Prime Minister suddenly flew to Riyadh and announced his resignation more than two weeks ago. Macron tirelessly mobilized all his resources, including a large posse of French secret service agents, to persuade Saudi Crown Prince Salman bin Salman to let Hariri travel to Paris. The Saudi strongman consented, but only after tough negotiations and three provisos:

By a stroke of the pen, DEBKA Weekly’s intelligence sources reveal, Hariri was reduced from a wealthy tycoon to a run-of-the-mill Arab politician, who stays afloat by the grace and favor of wealthy donors.

Against these provisos, Macron laid down one of his own. On the day Hariri flew to Paris, the French president was on the phone to ascertain that no Middle East party would exploit the turmoil in Beirut for military action against any Lebanese party. He obtained assurances from Saudi Arabia, the United States and Israel.

Our sources report that Macron was concerned that Israel would decide the time was right for “a quantum leap in its relations with the Sunni world” and seize the opportunity to destroy Hizballah’s rocket arsenal and military bases in Lebanon. However, when Macron phoned Binyamin Netanyahu, he was assured that Israel had no plans at this time for a military operation against Hizballah. And after calling the White House, he gained the impression that President Donald Trump couldn’t care less about Lebanon and, as far as he was concerned, Paris had a free hand to do what it liked there and the US would not interfere.

As head of the Lebanese government in the past, Hariri was perceived in Paris and in Tehran as providing a “decent veil” to cover a coalition government which included ministers of Hizballah, a terrorist organization in the eyes of the US, Israel and Saudi Arabia. Behind this veil, his government operated under orders from Tehran. Every few days, Iranian emissaries arrived in Beirut to make sure the Hariri government was toeing the line. The Lebanese army followed the same rulebook, taking its orders from Iran’s proxy, Hizballah. The Hizballah leader Hassan Nasrallah’s crony, President Michel Aoun, provided the “veil of decency” as commander of a “legitimate” national army.

But Hariri’s sudden flight to Riyadh on Nov. 4, while accusing Iran and Hizballah of terrorism, tore the veils from the face of Beirut governance and left the Lebanese capital in turmoil. What Macron is trying to do is to gather up the shredded veils and put them back in place, while restoring Lebanon’s old Francophone cultural ties and France’s early 20th century role as Patron of the Levant.

According to the Macron plan, Hariri returned to Beirut, guarded by French secret agents, tendered his resignation formally to President Aoun, who predictably refused to accept it on the spot, asking for its suspension until he had time for consideration.

As seen from the Elysee Palace, the next stage will entail long negotiations. This would give France time for bargaining with Iran, Saudi Arabia and Hizballah on terms for Saad Hariri’s reinstatement as prime minister and the restoration of the status quo ante – the only differences being that French agents would stand guard over Hariri and France would gain a foothold in Beirut.

But the French president is finding how hard it is to put Humpty Dumpty together again after its fall – especially in the fast-moving Middle East. On Sunday, Nov. 20, an Arab League (of which Lebanon is a member) meeting of foreign ministers in Cairo branded the Lebanese Hezbollah organization a “terrorist organization” and accused Iran of destabilizing the Middle East by intervening in its internal affairs. “We are not declaring war on Iran at this stage and we are taking gradual steps,” said Arab League Secretary Aboul Gheit. “I hope that the message will reach Iran and that it will change its behavior in the region.”