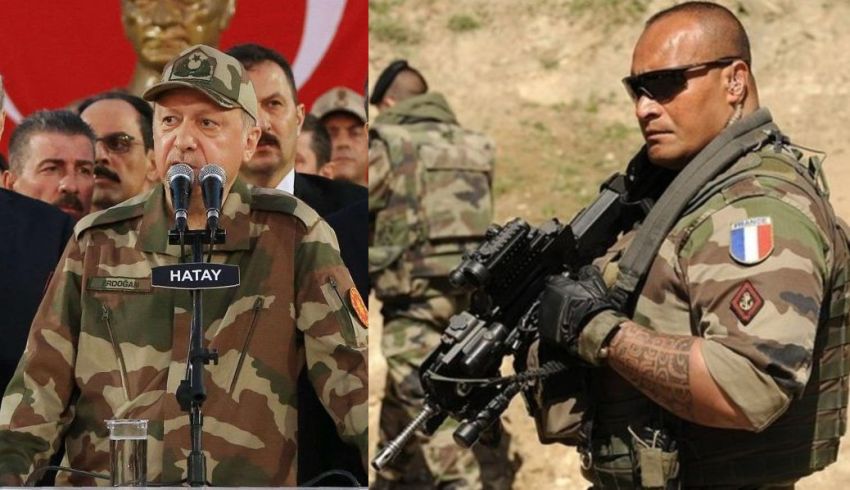 DEBKAfile Exclusive: French special ops troops have moved into two US Syrian bases, Manbij and Remelin, as the US boosts its lines against Turkey.
While US President Donald Trump was saying Tuesday, April 3, that he would “decide very quickly” to remove US troops from Syria, our exclusive military sources report that US Marines were heading toward the northern Syrian town of Manbij as reinforcements against Turkish inroads. They took up positions along the Sajur River, one of the three tributaries that feed the Euphrates River in Syria from sources in Turkey. This action blocked the Turkish army’s land access to Manbij, its next target after capturing Afrin. The Marine unit is equipped with a large fleet of armored vehicles, heavy artillery and engineering equipment. US military engineers are also building a new facility at the tiny Dadat village 8km east of the Sajur river as a rear base for the new US defense line.
DEBKAfile’s military sources also reveal that on Sunday and Monday, April 1-2, French forces moved into northern Syria, marking France’s first substantial military feed into the Syrian civil war. French troops formed up alongside US marines in Manbij and their jets and battle helicopters landed at the US air base in Remelin to provide air support for the US and French contingents posted in Manbij. 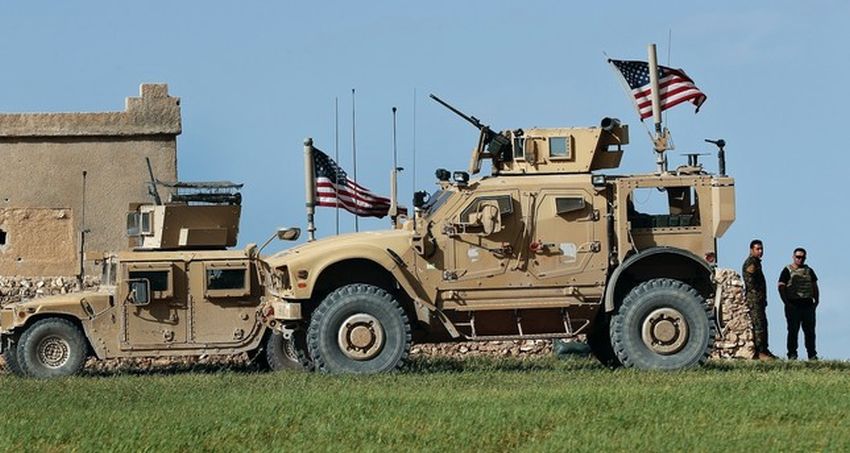 The French units drove into Manbij at the moment on Monday that Turkish President Tayyip Erdogan visited his troops with congratulations on their capture of Afrin from the US-backed Kurdish YPG militia. Clad in the army fatigues of a Turkish general, Erdogan signaled in the speech that the Afrin venture was the start of a major Turkish military campaign against the Kurds in northern Syria and Iraq. It would start next at Manbij and go on to seize Sinjar in northern Iraq.
This time, according to our sources, President Donald Trump moved swiftly to beat the Turkish leader to the draw and snatch away his two main targets in Syria and Iraq. He put to good use the good understanding he has quickly developed with French President Emmanuel Macron for cooperating in a number of international arenas, in contrast to his uneasy relations with most other West European leaders.

As for Erdogan’s Iraq destination, Iraqi Prime Minister Haydar al-Abadi, after being leaned on heavily by the Trump administration, sent the Iraqi Army’s 5th Division to Sinjar province and lined his troops up on the Iraqi-Syrian border to obstruct the Turkish army’s advance from Syria into Iraq. Erdogan was unable to make good on his threat to seize the Iraqi province unless the Kurdish PKK withdrew from its bases there.
President Macron had meanwhile acted to consolidate Trump’s plans for the Kurdish districts of Syria. On March 29, he received a delegation of the Syrian Kurdish YPG militia and the Syrian Democratic Army, which led the battle for driving ISIS out of Raqqa. After praising their military feats, he pledged French support for “the stabilization of their security zone in northeastern Syria within the framework of an inclusive and balanced governance to prevent any resurgence of ISIS.”
Erdogan vented his rage on Macron by accusing him of “fraud” and later of conducting “a French military invasion of Syria.” For daring to offer to mediate between Turkey and the Kurds, he accused the French president of interfering with Turkey’s military operations. Instead of answering the Turkish president’s charges, Macron sent French troops to Manbij to support the US military’s counter-offensive against the Turkish army’s plans.
The Trump administration therefore acted through two allies to frustrate Erdogan’s military plans for Syria and Iraq.