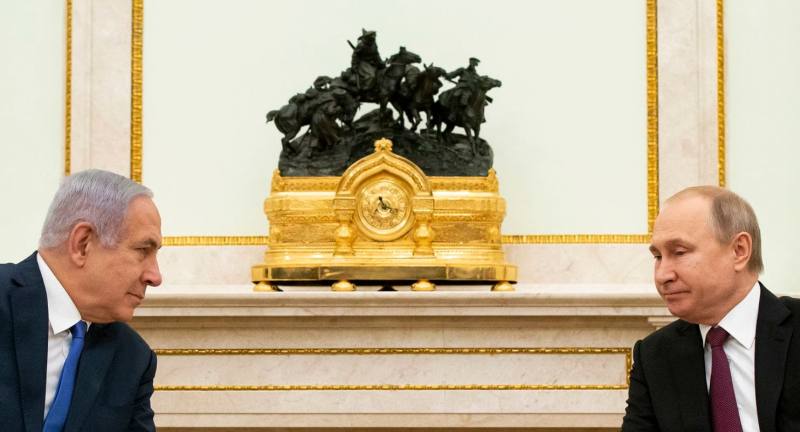 The Israeli Air Force had a clear field for hitting Iranian and Hizballah command posts in the Damascus area, its only concern being to ascertain that the Russian air defense weapons systems posted around the Syria capital were not involved. This was assured by a “de-confliction” agreement reached between Moscow and Jerusalem In mid-2016, around eight months into Russia’s 2015 intervention in the Syrian war. This understanding promised full coordination between Israeli and Russia’s Syrian-based forces and Russian non-interference in Israel’s air strikes on Iranian military facilities and arms shipments for Syria and to Hizballah. Israel reciprocated with a pledge not to attack Syrian government facilities so long as the latter did not disturb Israel’s campaign against Iran.

DEBKA Weekly’s intelligence sources reveal an additional unspoken Israel promise to Moscow, which was not to attack the Russian air defense missile systems brought to Syria in 2018. They were to be operated by Russian teams and integrated in Russia’s master air defense system controlled from Moscow. Even when those batteries opened fire on Israeli jets, they were constrained from striking back without making sure they were not operated by Russian teams.

On Wednesday, April 3, the day before traveling to Moscow for his sixth sit-down with President Vladimir Putin, Prime Minister Binyamin Netanyahu said proudly in an interview: “I have gained us freedom of movement in dealing with the Russian army [in Syria] and that was no small feat.” However, another face-to-face discussion with Putin on Thursday, April 4, had become urgent in light of the new circumstances confronting the Israeli air force by the retreat of the Iranian military establish from Damascus to the northern city of Aleppo. Israel’s aerial assaults in northern Syria called for a different set of understandings with the Russians at the highest level. This was determined after the first Israeli air strike on Iran’s newly-deployed facilities in March 27.

In the first place, Moscow’s stake in the north is widely at variance with its interests in Damascus. Although it is common wisdom that the Syrian civil war is over, it has not yet begun in the north. It is clear to the Kremlin that so long as tens of thousands of fighters of the radical Al-Qaeda-affiliated Hayat Tahri al-Sham hold sway in the large province of Idlib, more fighting is yet to come in an arena that abuts on Latakia where the Khmeimim Air base is situated. The air and ground forces deployed at this Russian command center are reminded that the conflict is still unresolved by rebel drone and artillery attacks on their base.

This situation is made even more volatile by the Turkish military presence on the outskirts of Aleppo, in Afrin province and in a chain of 13 outposts, holding small groups of Turkish special, armored and artillery troops. These outposts must be removed, before Russian and Syrian forces can go into Idlib to tackle the Islamist rebels.

However, Moscow is anxious to avoid a clash with Turkish troops around Idlib or any upsets to its burgeoning ties with Ankara, especially before the sale of Russian S400 surface-to-air missiles to Turkey is finally in the bag. The transaction could still go either way. For now, Turkish President Tayyip Erdogan appears to be willing to go through with the deal in the teeth of Trump administration objections. On Thursday, April 4, Vice President Mike Pence again warned Turkey: “We’ve made it clear that we will not stand idly by while NATO allies purchase weapons from our adversaries that threaten the cohesion of our alliance.”

But for Putin, driving a wedge between the United States and a NATO ally, would count as an important success for Kremlin foreign and defense policy. He will therefore make sure that the strategically important agreement he reached with Ankara three weeks ago for joint patrols in Idlib works smoothly. It provides for Russian and Turkish patrols to alternate first before operating in concert to secure disengagement lines. The Turkish side has already begun.

Russian Deputy Foreign Minister Sergei Vershinin referred to the joint Russian-Turkish project when he said: “…many thousands of militants and jihadists including foreign terrorists have gathered in Idlib. These patrolling missions are very delicate and serious and naturally we cannot afford to put Russian servicemen fulfilling this task at risk.”

Northern Syria’s overcrowded skies and crisscrossing interests must be taken into account in Israeli Air Force plans for the next stage of its anti-Iran campaign, DEBKA Weekly’s military and intelligence sources point out.

New issues and uncertainties were at the center of the Israeli prime minister’s talks with the Russian president on Thursday. Their complexity was such that Netanyahu took with him to the Kremlin his three security chiefs, Mossad Director Yossie Cohen, National Security Adviser Meir Ben-Shabat and Military Intelligence (AMAN) chief Brig Gen. Tamir Hayman

Strikes against Iran’s command posts, bases and ammo stores newly deployed into Aleppo call for greater maneuverability and electronic expertise than assaults in the Damascus region. They must avoid clashing with Russian air strikes against rebels in next-door Idlib; contend with concurrent rebel drone attacks on Russian targets; and dodge around the joint Turkish-Russian patrols circling rebel strongholds in Idlib, which are important to Putin. And what if the Turks decide to use their newly-acquired Russian S400 air defense batteries against Israeli warplanes flying over Syria? Erdogan may be tempted to take advantage of his first opportunity to hit the Israeli military at close quarters.