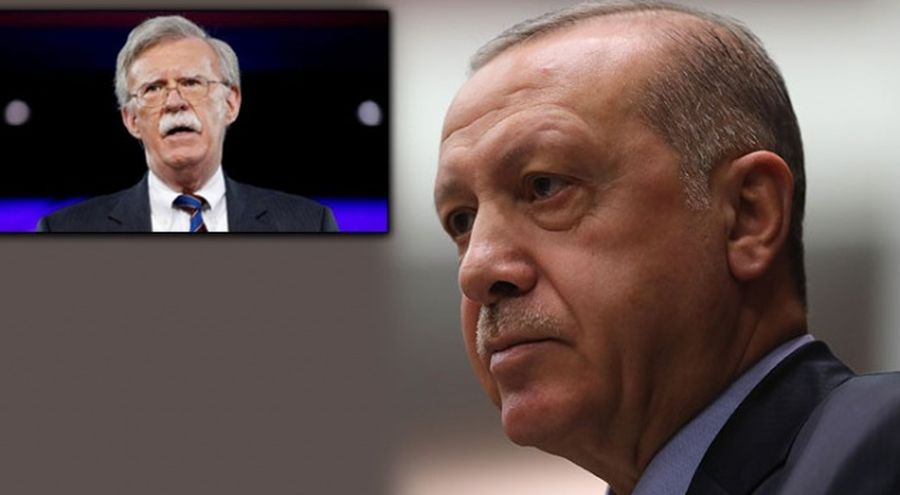 Turkish President Tayyip Erdogan waited for John Bolton, US national security adviser, to land in Ankara on Tuesday, Jan 8, before refusing to see him and casting relations into a fresh crisis.  Bolton arrived in the company of Gen. Joseph Dunford, Chairman of the US Chiefs of Staff and James Jeffrey, Trump’s special adviser on Syria and the war on ISIS. He came from talks in Jerusalem. The high-ranking US officials had to make do with meeting only presidential spokesman Ibrahim Kalin, while Erdogan used a speech in parliament to rebuff any American proposals for the US-backed Kurdish group to play a key role in Syria after the US withdrawal.

According to DEBKAfile’s military and intelligence sources, Bolton had planned to inform the Turkish president of Washington’s consent for the Turkish army which invaded Syria to stay in areas outside the Kurdish-ruled cantons. This would have averted a Turkish military takeover of the regions evacuated by US forces. Erdogan has already slammed a recent statement by Bolton as a “serious mistake” and reiterated that Turkey could never compromise on the issue of the Kurdish YPG militia.

Erdogan then announced that his army “will very soon mobilize to eliminate terrorist organizations in Syria,” in a transparent reference both to ISIS and Syrian Kurdish fighters, whom he refers to as “terrorists” and plans to push out of their lands along the Turkish border. This declaration, say our sources, will make it difficult for the Trump administration to go through with the withdrawal of the US army from northern Syria, given the repeated US commitment to the safety of its Kurdish allies.

This new crisis and the Middle East tours conducted this week by John Bolton and US Secretary of State Mike Pompeo will be explored in depth in the coming issue 831 of DEBKA Weekly (for subscribers) out on Friday, Jan. 11.  To subscribe, click here.