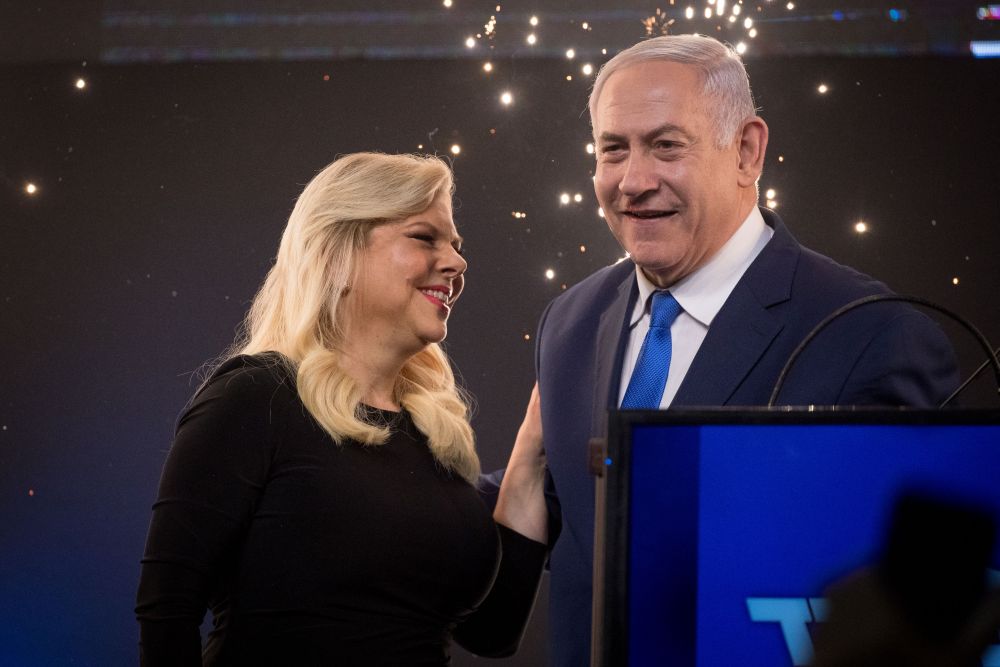 “I will be everyone’s prime minister,” Blue-White leader Benny Gantz promised in his victory speech after bypassing Binyamin Netanyahu’s Likud with 37 seats to 36 or 33, variously predicted by two TV channels’ exit polls. Gantz and his cheering followers were premature. A 20pc count of votes just after midnight gave Likud 34 seats to Blue-White’s 30, while the 97pc count early Wednesday registered a tie of 35 between them.

Although Likud and Blue-White could if they joined forces command a comfortable majority in the 120-member Knesset –  this would be a landmark event in Israel’s political history – the reality for now is that the right-of-center bloc controlled by Netanyahu can muster 8-10 seats more than the left-of-center parties willing and able to support Gantz’s bid for the premiership.

Blue-White’s four-man leadership, Benny Gantz, Yair Lapid, Moshe Ya’alon and Gaby Ashkenazi, pulled off an amazing feat by creating a brand-new political party in three months and campaigning successfully enough to win more than a million votes. At the same time, the opponent they swore to destroy came to the campaign limping badly under the burden of three threatened corruption indictments hanging over his head. Yet, Binyamin Netanyahu, in an exceptional display of political flair, actually enhanced Likud’s rating from 27 well past the 30-mark – and multiplying as real returns are counted. His victory speech following that of Gantz was greeted with hysterical applause – especially when he congratulated the new Likud MKs.

Benny Gantz, to beat him for the premiership, would have to poach heavily in the right- of-center camp to eke out a majority coalition. He would need to steal such Netanyahu loyalists as former Finance Minister Moshe Kahlon, former Defense Minister Avigdor Lieberman and at least one ultra-religious party. However, Blue-White failed in its campaign effort to win over the “soft right” which stuck with Likud in the end and drew most of its support by virtually cannibalizing the veteran Labor party, which came out of the election reduced by half.
Netanyahu, for his part, has no time to lose before building a stable coalition government out of right-wing and religious parties – no easy task, while preparing to defend himself in a hearing before the attorney general set for July, in the hope of extricating himself from the cases pending against him. Three religious parties announced on Tuesday night that they were wholeheartedly behind him; Kahlon and Lieberman, who hopes to recover the defense portfolio will also stand by Netanyahu when he establishes his fifth coalition government.

14 thoughts on “Gantz can’t deliver on his promise to be next prime minister. Netanyahu leads majority bloc”