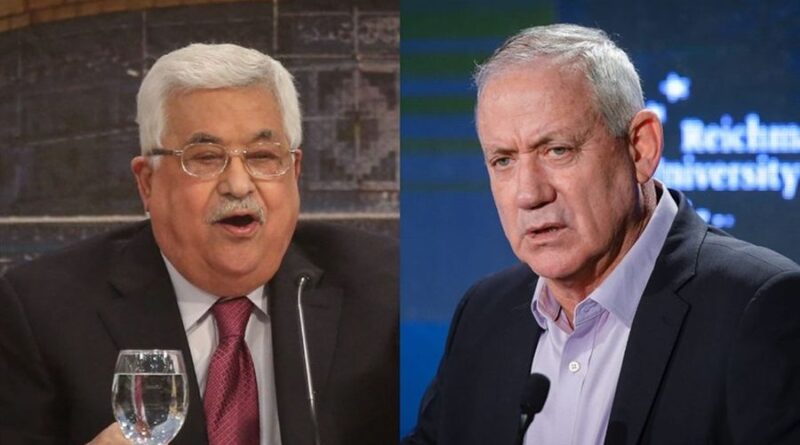 Defense Minister Benny Gantz on Wednesday, Dec. 29, awarded Palestinian Authority chairman Mahmoud Abbas (aka Abu Mazen) the exceptional honor of an invitation to his home – no less, along with lavish benefits for no discernible gain. Still, after leaving the Gantz home at Rosh Ha’Ayin, Abbas declined to deplore the latest murderous attack on a young Israeli father of a nine-month-old infant or condemn the ongoing outbreak of deadly Palestinian terror sweeping Judea and Samaria, while continuing to stand by his dogged refusal to withhold compensatory grants from the families of killed and convicted terrorists.

Yet after a two and-a half hour conversation, part of the time without advisers, Gantz heaped a veritable shower of treats on his guest. They included a $100m injection of cash in advance of tax returns to ease the Palestinian Authority’s ailing economy; legal status for 9.500 undocumented Palestinians and foreigners; legalization of more Palestinian construction in areas under full Israeli administrative control; and another 1,100 VIP permits for Palestinian officials and businessmen to drive freely into Israel through military checkpoints.

A source close to the defense minister accounted for these benefits by the need to fend off a fresh “intifada” (Palestinian war of resistance). This makes no sense, say DEBKAfile’s analysts, since Abbas’ standing among West Bank Palestinians is too weak to empower him to make any such radical decision as the launch of another intifada. The current upsurge of Palestinian stabbing, car-ramming and occasional shooting violence is still some levels below a major confrontation.

Deputy Defense Minister Alon Shuster commended his boss for being the first Israeli official in 11 years to invite the Palestinian leader to step across the border for a meeting.  Gantz, he said, while leading the fight against terrorism, has also by this step promoted a civilian-economic horizon “for the sake of stabilizing the Middle East.” Placing this event in a regional context is absurd when it refers to a Palestinian leader whose authority hardly extends to his own compound in Ramallah.

So what was the defense minister’s real agenda in orchestrating his widely-publicized and controversial invitation to Abbas? DEBKAfile points to three objectives: