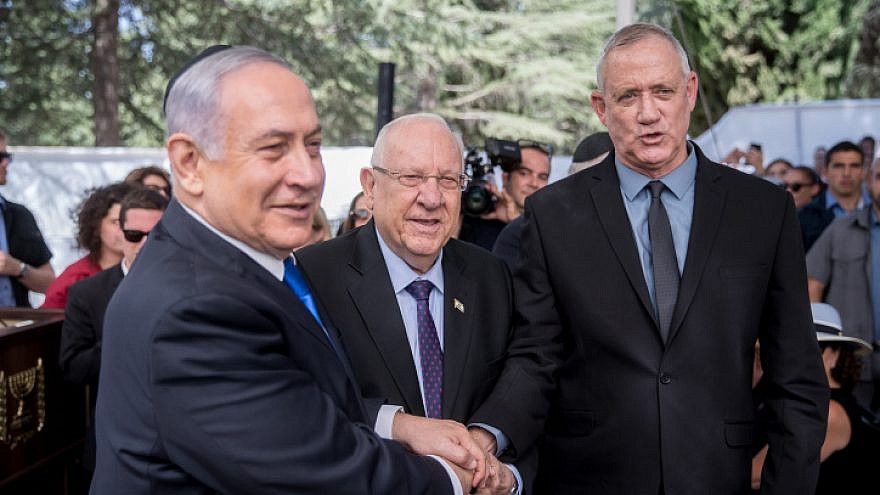 After Binyamin Netanyahu dropped his Likud’s bid to form another post-election coalition government on Monday, Oct. 21, President Rivlin will hand the task over to Kachol Lavan leader Benny Gantz. For the first time in more than a decade, the premiership candidacy is to be offered to a party other than Likud.
In a Facebook notice, Netanyahu stressed he had “toiled relentlessly, publicly and in private… to establish a broad national unity government. This is what the people want and what Israel needs in the face of the security challenges proliferating day by day,” said the prime minister. For weeks “I tried to bring Gantz to the negotiating table for the sake of a unity government… and to prevent another election.” But “time after time, the Kachol Lavan leader refused.”

Gantz, a former army chief who is new in politics and has never held government office, replied by saying that his party “is determined to form a liberal national unity government headed by himself, for which the people voted last month.”
Netanyahu made it clear that he intends to lead the opposition to a Gantz government if his rival succeeds in this task. He accused Kachol Lavan of plotting to gain the support of the Joint Arab List for a minority government that would leave the national religious and ultra-religious parties outside his administration. Even then, Gantz can count on 44 members at best, failing a power-sharing deal with Netanyahu’s Likud.

Gantz has 28 days to prove he can build a viable government. If by then, he follows Netanyahu in throwing in the sponge, Israel may face its third election in 13 months, possibly next March. Netanyahu will lead a transitional or caretaker government in the interim.