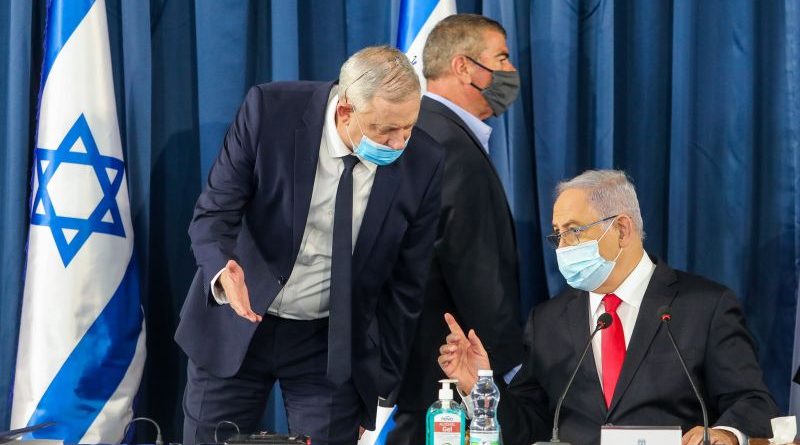 PM Binyamin Netanyahu is talking through endless disputes and international flak in an all-out effort to clear the way for partial West Bank annexation by his July 1 deadline. On Sunday night, June 7, he admitted he does not have a green light from Washington.

When the unity government was formed last month by Likud and Kahol Lavan, Washington opened a direct line, separate from Netanyahu’s links, to the latter’s leaders, alternate prime minister Benny Gantz and Foreign Minister Gaby Ashkenazi. DEBKAfile’s political sources report that they are in regular contact with President Donald Trump’s senior adviser Jared Kushner through his assistant Avi Berkowitz and with David Schenker, Assistant Secretary for Near Eastern Affairs at the State Dept. Representing Gantz in these conversations is former Air Force Commander Maj. Gen (Res) Amir Eshel, whom Gantz appointed Director-General when he took over the Defense Ministry.

Gantz and his party are clearly determined to have a strong voice in the shaping of the annexation plan which Netanyahu plans to unveil in three weeks’ time. That includes a seat on the US-Israel mapping committee set up to translate the Trump Mid-East peace plan into territory and boundaries, which has not yet finished its work. The committee’s rough guideline assigns 30pc of the West Bank to Israeli sovereignty and 70pc to a future Palestinian state, for which Israel is bound to hold direct negotiations. Some 15 or more settlements outside the main blocs may end up as enclaves in that state , while the blocs themselves will be barred from expanding.

The Kahol Lavan leader assured his party faction on Sunday: “We are talking to the Americans and others. We need to end up with a balanced outline.” Ashkenazi added: “Kahol Lavan is far from fully committed to endorsing annexation. We’ll have to wait and see what plan is put on the table.”

The precise contours of Netanyahu’s plan are still unknown, which has not prevented loud outcries of protests. Most of the right and the settlement movement are up in arms over the prospect of a Palestinian state “on areas of our homeland” that is envisaged in the Trump peace proposal. The left has joined Arab leaders in denouncing any unilateral annexation as burying the two-state formula and any prospects of peace.
Netanyahu again tried to calm Judea and Samaria settlement leaders’ on Sunday by assuring them that no more than Israeli consent in principle for negotiations with the Palestinians was demanded under the Trump Plan. “The Americans are talking about a Palestinian state, but we are not,” he said. “They still haven’t given us the green late for extending sovereignty over parts of Judea and Samaria,” he told them. “It is certainly possible that at the end of the day, we will get a smaller proportion than that which was discussed hitherto.” The prime minister went on to disclose that the main bone of contention with Washington at present is over the land to be attached to the “enclaves.” Israel’s current security control and freedom of movement will remain unchanged, he said.
German Foreign Minister Heiko Maas visits Jerusalem next week to warn Netanyahu against going through with annexation and indicate the price Israel will pay in the coin of political and trade relations with the EU if he does.

He will have to raise his voice to make himself heard over the cacophony of contention among Israeli factions and the government’s struggle to haul the country and its economy out of the coronavirus doldrums back to normal.