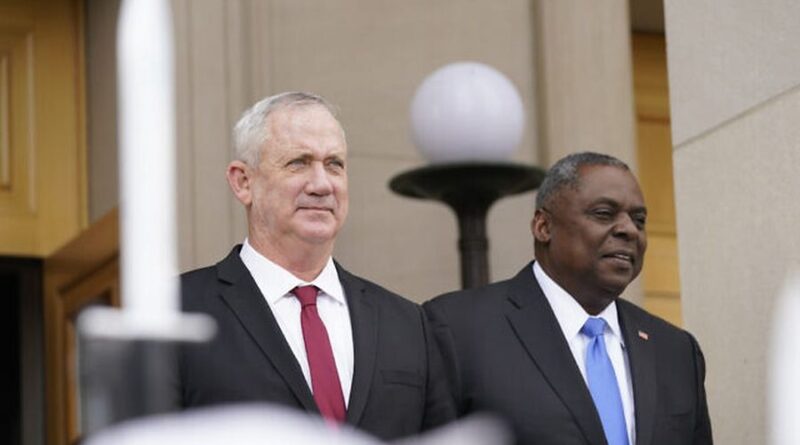 With Israel between governments, Defense Minister Benny Gantz struck his own pathway to top Biden administration officials in a snap visit to Washington on Thursday, June 3. The official purpose was to discuss US assistance for restocking Israel’s Iron Dome missile defense system that downed thousands of Palestinian rockets aimed at Israel’s towns for 11 days last month and a supply of precision-guided bombs. The former was in line with a promise made by President Joe Biden.

DEBKAfile’s sources report that Gantz had two more fish to fry when he sat down with Defense Secretary Lloyd Austin: Iran and Hamas. On the first, he said: “Our dialogue is so important to ensuring that any deal effectively meets its goal of keeping Iran away from nuclear weapons. Of course, given the scope of the threat, Israel must always make sure that it has the ability to defend itself. We will continue this important strategic dialogue in private discussion… dialogue behind closed doors.”

Israeli officials pointed to the “purposeful” change embodied in the defense minister’s remarks compared with Prime Minister Binyamin Netanyahu’s public assertions. Only last week, Gantz took issue with Netanyahu’s declaration that for Israel “confronting an existential threat must take precedence over a clash with its closest ally.” In Washington, Gantz put it this way, Iran’s nuclear program and other actions were indeed an “existential threat” to Israel. “Stopping Iran is certainly a shared strategic need of the United States,” Israel and other countries,” he said.

Back home, Israel is undergoing an epic political upheaval between governments. A new coalition is preparing to take over from prime minister Netanyahu and end his 12-year rule. Gantz, who played a leading role in the campaign to unseat him, has secured the defense portfolio additionally in the prospective government.

While the defense minister was in Washington, rightwing Yamina leader Naftali Bennett, Israel’s prospective next prime minister, was asked in a TV interview if he felt he had the will and the aptitude to stand up to President Biden against a revived nuclear deal with Iran. Would he go through with an Israeli attack to abort a nuclear-armed Iran?
Bennett stressed first that his paramount compass setting was on Israel’s national security, which would take precedence over “anything the world” had. to say.” H added: “As for our partnership with the US, including with President Biden, that is truly a fundamental strategic asset.” On a more personal note, Bennett said: “I have done a great deal of business in the US, and I am in favor of candor, straight talking up front with the truth and identifying differences.”

US analysts, comparing the two approaches to the Iran issue vis-a-vis Washington, may discern the differences: The defense minister is ready to commit to avoiding an open clash over Washington’s nuclear diplomacy. while his future boss would rather get any arguments out in the open. Gantz is therefore willing to promise to engage the US in private talks should Israel find itself forced to attack Iran’s nuclear program. No such commitment may be forthcoming from Bennett.

It is not the first time that Gantz has tried to create his own pathway to Washington. At the outset of his national unity accord with Netanyahu, the defense minister set up his own direct contacts in the Trump administration through the president’s son-in-law Jared Kushner.