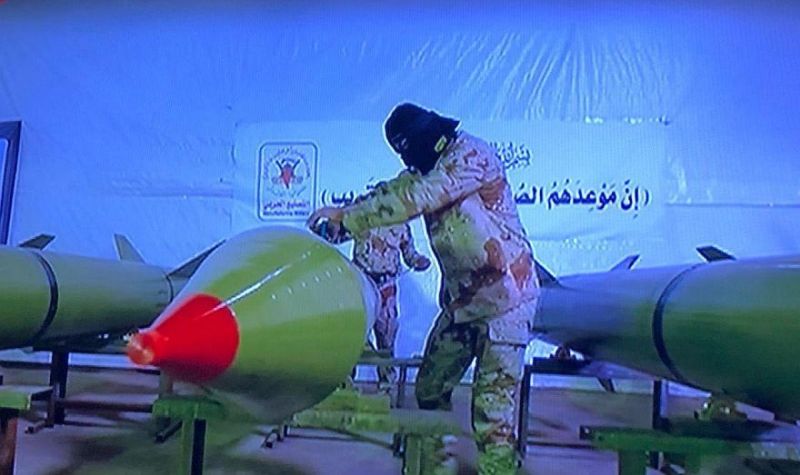 When the Gaza ceasefire took effect before dawn on Monday, May 6, the Netanyahu government was bombarded with recriminations for missing the opportunity offered by the Palestinians’ 680-rocket barrage to, once and for all, terminate the Hamas and Islamic Jihad terrorist plague. Lack of transparency was another charge hurled at Prime Minister Binyamin Netanyahu, when, after being battered for 36 hours, Israelis discovered from “Palestinian sources” that an Egyptian-brokered cessation of hostilities was in force. Their own government remained silent.

This anomaly, at least, had a rational explanation, as DEBKA Weekly’s military and intelligence sources have discovered.

The ceasefire was in fact fixed between Egyptian intelligence chief Maj. Gen. Abbas Kamal and the leaders of Hamas and Islamic Jihad, Yihya Sinwar and Ziyad Nahleh, who were visiting Cairo. No one consulted Jerusalem. And so, Israel never agreed to any ceasefire; it was a unilateral Palestinian act.

Motivations are hard to pin down for unpredictable, chaotic radical terrorist chiefs, such as this pair. This time, they were to be found in the interruption of the multimillion cash flow from Qatar. The massive rocket blitz on Israel and its cessation had more to do with squeezing the Gulf emirate for a timeline for deliveries to arrive from Doha, than a Palestinian interest in a lull in hostilities.

In former clashes with Gaza, Israel was wont to send a high-ranking delegation to Cairo to stand by in one wing of a high-end Cairo hotel, while Palestinian leaders waited in another, and Egyptians mediators scurried back and forth to broker a ceasefire deal. But this time, Israel just sent over a low-ranking observer. His brief was to check with Egyptian intelligence officials on anything agreed with the Palestinians and carry the information back to Jerusalem, without offering any input. The Netanyahu government had informed Cairo that Israel wanted no part in the current ceasefire negotiations. The Palestinians had never stood by any of their former truce commitments – whether for long- or short-term cessations of hostilities – so any promises Egypt had extracted from Sinwar and Nahleh were for the birds.

The only time that Israel intervened in the Egyptian-Palestinian dialogue was on Sunday, May 5, in the thick of the rocket assault: to lodge a protest directly with Egyptian President Abdel-Fatteh El-Sisi over the terrorist chiefs being pampered in a posh Cairo hotel while sending orders to Gaza for rocket volleys against Israel. It was then that Egyptian intelligence officials pushed their Palestinian visitors into halting the rocket fire.

Our sources report that, Egyptian officials later confessed to their Israeli interlocutors that they have no idea whether this ceasefire will hold for any length of time. The opening of Qatar’s purse strings for Gaza is not under Cairo’s control. But there are other triggers too. Israeli intelligence estimates that a fresh flareup may be on the cards over the 11-12 May weekend or early next week.

1. The Hamas and Jihad leaders, who work in close tandem, will be disappointed in the outcome of the ceasefire promised by Egypt and stage a fresh escalation of violence.

2. Both are part of a larger Middle East dynamic, namely the rising tensions between the US and Iran. Hamas and Jihad are both in regular contact with Tehran through their emissaries in Beirut. The next outbreak of Gaza-based terror may hang incrementally on Iran’s actions against US sanctions – whatever they may be.

3. It is hard to see the two extremist Palestinian terrorist organizations missing the chance of violently disrupting the Eurovision contest, arguably the world’s most extravagant musical event, when it opens in Tel Aviv on May 14.