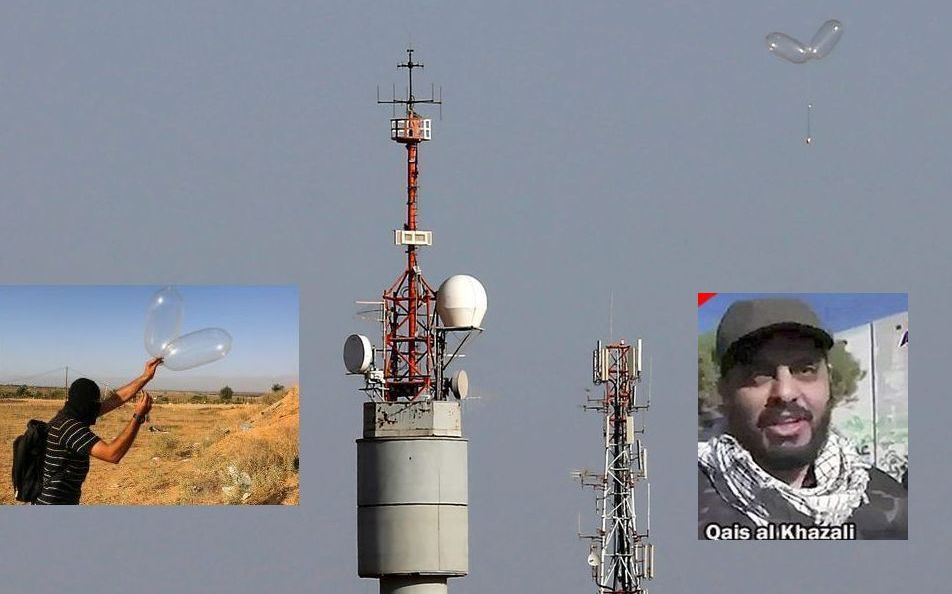 By playing down the Hamas assaults from the Gaza Strip, Israel’s leaders hope to gloss over the IDF’s mounting involvement in two if not three battlefronts. The IDF has therefore long been restrained from hitting back hard for Hamas’ flaming kites and balloons. On Tuesday night, June 19, the Israeli Air Force strafed 25 Hamas structures, sparking a 45-rocket barrage against the Israeli communities around the Gaza Strip.

Following the same policy with regard to the Syrian front, Israel also held back from confirming the US disclosure that its warplanes early Monday, June 18, stopped the passage of Iraqi Shiite Kata’ib Hezbollah militia brigades into eastern Syria. DEBKAfile’s military sources name the chief of this militia as Qais al-Khazali, who serves under Iran’s Al Qods chief Gen. Qassem Soleimani, and is connected with the Lebanese Hizballah leader Hassan Nasrallah through the Iranian-Hizballah war room outside Damascus. This interaction came to light seven months ago, when Khazali was sighted touring the Lebanese-Israeli border in company of Nasrallah’s officers. His tour was planned to check the future positions of his Iraqi militiamen when they reached Lebanon from Iraq via Syria. At the time, the IDF, although registering the Iraqi militia chief’s presence on the border, decided not to target him then.
The urgent need to halt his militia’s passage into Syria on June 18 was not the only challenge facing the IDF. For nearly a week, the Syrian army and Hizballah have been massing a large force in southwestern Syria around Quneitra – opposite Israel’s Golan border – and Daraa – facing the Jordanian border. This buildup followed an announcement from Damascus of a forthcoming offensive to capture the two border regions from rebel hands. Until now, the Assad regime has not given the order to go forward, while waiting for Russian approval. However, when these troops do advance, neither Israel nor Jordan can afford to sit on their hands and allow two hostile armies to reach their borders.
This predicament was at the heart of the conversation Prime Minister Binyamin Netanyahu held with Jordan’s King Abdullah in Amman on Monday.
It is becoming increasingly evident that the Gaza and Syrian battlefronts are interactive. The argument that Hamas hopes by escalating the violence from Gaza to cash in economically to sustain its rule is old hat. It has been overtaken by events. The rockets, mortar shells, kites and balloons of recent days point at one objective: to pile on Israel an extra active war front and so force the IDF to divide its strength between the two arenas. Therefore, the challenge of a multiple-front war has become a reality for Israel’s armed forces. How this could have been prevented is no longer relevant. The IDF must now concentrate on grappling with the various fronts and organize its priorities in the best way possible. For now, the the aggression from Gaza continues to be relegated to a secondary challenge compared with Syria. And so, on Tuesday night, Israeli air strikes continued to bomb empty Hamas buildings after Hamas and other Palestinian terrorists had a chance to escape harm; while Hamas, for its part, is still confining its rocket and mortar volleys to nearby Shear Hanegev, Eshkol district and Hof Ashkelon councils, causing damage but no casualties. Those populations were advised the next day to send their children to school and keep to their usual routines.
At the same time, Israel’s government and military leaders are under no illusions. An escalated level of military clashes in Syria will bring forth a heightened threat from the Gaza Strip. The rockets will be more precise and of longer range for reaching populations outside the immediate neighborhood, including the southern cities of Ashkelon, Ashdod and Beersheba or further north. Maybe it would be preferable for the IDF to prioritize the task of smashing Palestinian war capabilities in the Gaza Strip now before the Syrian front spirals into a major showdown.