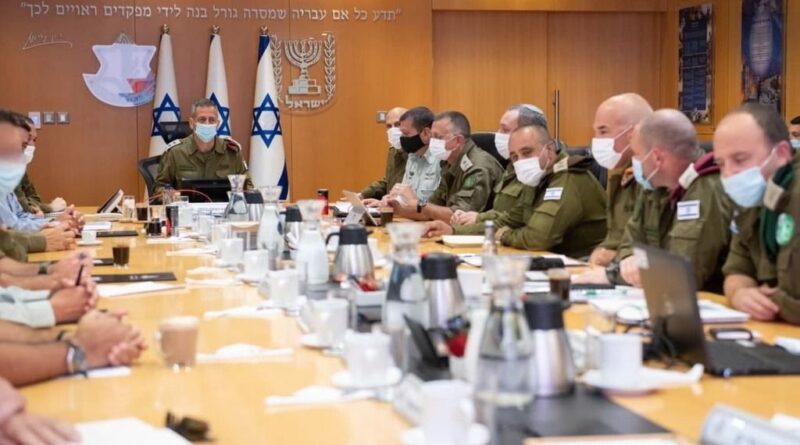 PM Binyamin Netanyahu called an emergency conference of top security and military officials on Saturday afternoon, April 24, to reverse the line taken that morning on the Palestinian overnight 36-rocket barrage from the Gaza Strip as nd its linkage to the surge of Palestinian Islamic assaults on Orthodox Jews. That linkage was made by the Gaza terrorists as a red line to justify the rocket blitz, but it must on no account serve as a guideline for Israel’s security policy, DEBKAfile’s military sources reported. Called to the urgent conference were Defense Minister Benny Gantz, Internal Security and Police Minister Amir Ohana, IDF Chief of Staff Lt. Gen Aviv Kochavi – whose flight to Washington Saturday night was canceled, Shin Bet Director Nadav Argaman, National Security Adviser Meir Ben Shabbat and Police Commissioner Koby Shabtai. Kochavi was forced to postpone important dates on the Iran issue with US Armed Forces Chief, Gen. Mark Millay, Defense Secretary Lloyd Austin and National Security Adviser Jack Sullivan.

The guideline set at this meeting was that the eight-hour long barrage of 36 Palestinian rockets from the Gaza strip from 22.40 Friday night to 5.40 early Saturday was totally unacceptable under any circumstances. Certainly, the Palestinian organizations must not be allowed to exploit an event inside sovereignty Israel, above all in Jerusalem its capital, as an excuse to escalate cross-border aggression from Gaza, Israel makes its own judgments regarding its security policy. The IDF reprisal against Hamas positions and rocket launchers was judged overly soft in relation to the level of provocation. The implicit message, our military sources say, is that the authorities are preparing a tough response to renewed Palestinian violence both by the military in Gaza and the arms of law and order in Jerusalem.