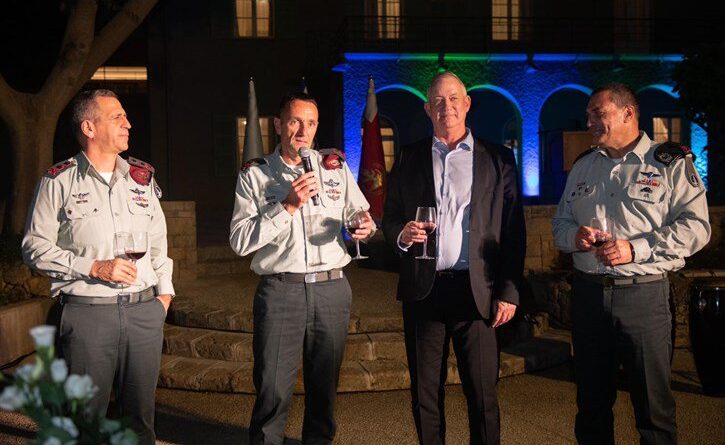 A dispute in top military echelons over troop reductions in favor of high-tech resources broke surface on Sunday, July 11, during the ceremonial handover from Gen. Eyal Zamir to Maj. Gen, Hertzi Halevi, OC Central Command, of the post of Deputy Chief of staff.

Gen. Zami argued that Israel was obliged to maintain a strong, top quality combat force in sufficient numbers to handle potential outbreaks of hostilities on multiple fronts, while also securing the civilian population behind the front lines. This sufficiency would give the country’s leaders the necessary breathing space and manpower reserves for reaching decisions.

“In my view,” Gen. Zamir said, “the IDF has fallen far below the minimal numbers needed to face up to perils of a complexity unparalleled in recent years.” Israel’s unique situation forces it to make sure of broad safety margins and at the same time adapt the IDF to the wars of the future. He added: “With all the prime importance of high technology, there is no substitute for a qualitative and numerically sufficient fighting force:

Gen. Zamir’s approach therefore is at odds with the doctrine espoused by Chief of Staff Lt, Gen. Aviv Kochavi, who attended the ceremony along with Defense Minister Benny Gantz. The chief of staff has put into practice a doctrine which calls for downsizing the numbers of combat troops in order to release budgetary resources and manpower for arming every combat unit with advanced military technology. To this end, he has introduced centralized command and control elements and promoted advanced communications for boosting interaction among the various fighting arms. Officers and troops of combat units are consequently better able to call up air support, intelligence input and extra fire power when needed for beating down the enemy, while saving on manpower.  This approach was put into action in the recent Guardian of the Walls operation in the Gaza Strip, which consisted solely of air strikes. Infantry and armored forces stood by in reserve.

According to DEBKAfile’s military sources, Gen. Zamir’s view is endorsed by many officers. They argued at the time that the exclusion of ground forces from the Gaza operation was a mistake – not least because it told Iran and Hizballah that the IDF suffered from a deficiency of ground forces. They were able to infer that Israel was short of ground troops for coping simultaneously on several fronts with potential assaults by Iran’s proxies, Hizballah in Lebanon and the Iraqi Shiite militias posted in Syria, Palestinian Hamas and Islamic Jihad attacks from Gaza and terrorism on the West Bank, and Israeli Arab rioting in Jerusalem and mixed Israeli cities. The latter broke out during the Gaza operation and caught the police wrong-footed.

Zamir was addressing this last threat when he emphasized another of the IDF’s tasks, which is to provide Israel’s civilian population with the best possible security. This burden is carried by the individual soldier equipped with high values, motivation, professional training and adequate rewards.