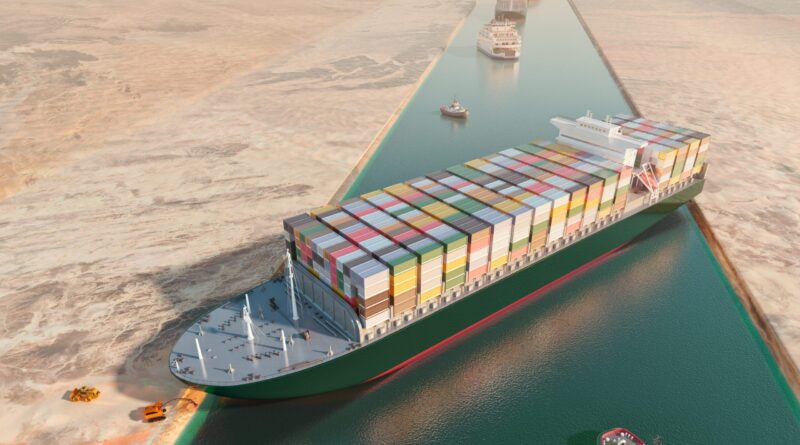 Engineers before dawn on Monday, March 29, managed to refloat the colossal container ship Ever Green blocking the Suez Canal for six days and turn it in the right direction. Egypt’s Suez Canal Authority announced that the stern had been moved to 102 meters from the shore.”  After excavation and dredging operations on Sunday, 10 tugboats took advantage of the spring tide brought by the full moon to push and pull the vessel the size of four football fields out of the eastern shore where it had been jammed in a diagonal position across the waterway.

A canal official reported that technical checks had assured the ship’s engines were working. The incident had strangled international supply chains.The reports that the ship had been freed raised hopes that traffic along the canal could resume within hours, clearing the way for an estimated $9.6bn (£7bn) of goods that is being held up each day.

Around 15pc of the world’s shipping traffic transits the Suez Canal as the shortest route between Asia and Europe. The main alternative is the 9,000km route around Africa, incurring a week’s delay and a huge fuel bill.

Crude oil prices fell after the news that the Ever Green was no longer blocking the canal.  The stoppage had cost Egypt $14-15m a day in canal dues, a key source of foreign currency.