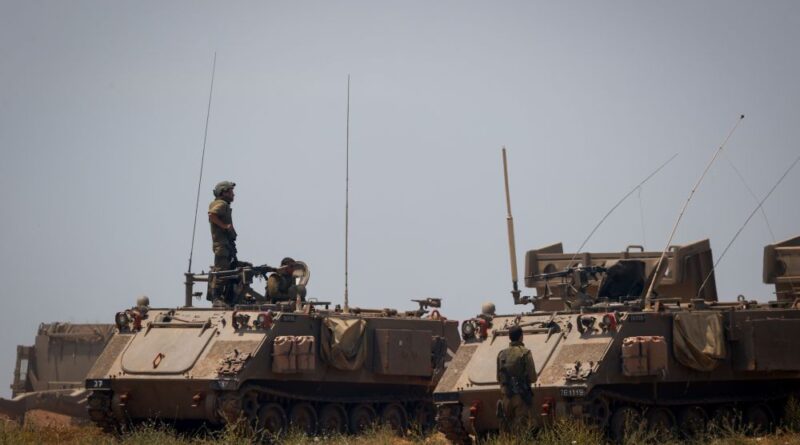 An IDF ruse was behind the “embarrassing leak” to world media on Thursday night, May 13, reporting the start of an IDF ground invasion of the Gaza Strip, It was denied early Friday morning and explained by an “internal communication problem.” DEBKAfile’s military sources reveal that this false story was in fact planted deliberately to bring Hamas elite forces out of their bunkers to confront the “invaders” – whereupon they were to be clobbered by Israeli warplanes. How far this trick worked has not been disclosed. A similar subterfuge was tried 13 years ago – in reverse. On Dec. 27, 2008, IDF sources leaked to world media that the military had been ordered to refrain from responding with ground action to a past Hamas rocket barrage, Its commanders were taken in and staged a police school graduation parade in Gaza in the open. They were bombed by Israeli jets.

For now, the IDF has not given up on a ground operation inside Gaza. Whenever it goes forward, it is planned to be a fast in-and-out raid for well-defined targets before pulling back. Up until Friday, May 14, Hamas and Islamic Jihad had exhausted no more than a quarter of their rocket stocks, dozens dropping short inside the enclave. The bulk, however, remained out of reach of Israeli air strikes, tucked away deep inside underground stores. Destroying this stockpile would be the main target of any Israeli ground operation.

Hamas has also kept its elite Izz e-din Al Qassam battalion safe and whole by dispersing its members among well-fortified bunkers, designed to withstand both aerial and ground assaults. In contrast, around half of the 15 ordinary units, split into four regional brigades, have been knocked out of action. Their commanders know that when the war ends, they will have nowhere to go after their homes were obliterated by Israel’s aerial bombardments. Anxious to avoid a row of funerals that would betray the scale of its war losses, Hamas is leaving the dead and wounded holed up where they are inside the tunnels, listing them as “missing.”

The Hamas armed drone fleet is too small to pose a battlefield threat, although if just one gets through past the Iron Dome defense screen and causes large-scale loss of life, the terrorists would win a major boost.

The Palestinian commanders are still trying to hit an important Israeli strategic facility. One of their long-range Fajr missiles flew as far as the Eylot Valley north of Eilat. However, to lighten its payload for its long run, the rocket warhead had to be stripped of most of his explosives. Hamas and Jihad alike, while not letting up on their rocket barrages, are frustrated by their failure to disrupt Israel’s air and maritime communications. Dislocating Ashdod and Ashkelon seaports and Ben Gurion airport is not enough.

By week’s end, there was no sign that the Biden administration intended leaning on Israel to withdraw from its aerial campaign to progressively pulverize the offensive capabilities of Hamas and Jihad. Neither has there been any caution from Washington to refrain from sending ground forces across the border into the Gaza Strip.

Israel’s concerns about the Palestinian terrorists’ rocket fire, which the IDF is trusted to deal with, is becoming heavily overshadowed by the riots in its cities by Arab citizens and their violent attacks on their Jewish neighbors. After a week, the heavily reinforced police are proving unequal to the task of restoring law and order to city streets and national highways against this domestic mayhem.

Nadav Argaman, Director of the Shin Bet Security Service, took the bull by the horns on Friday. He announced that instead of treating the outrages as “civil war”, they were in fact no better than “terrorism” in every respect. He was therefore making available his organization’s intelligence capabilities, tried and proven against Palestinian terror, for pre-empting violent outbreaks before they occurred and identifying the troublemakers. They would be detained, investigated and put on trial, he vowed, and the disturbances brought to an end.