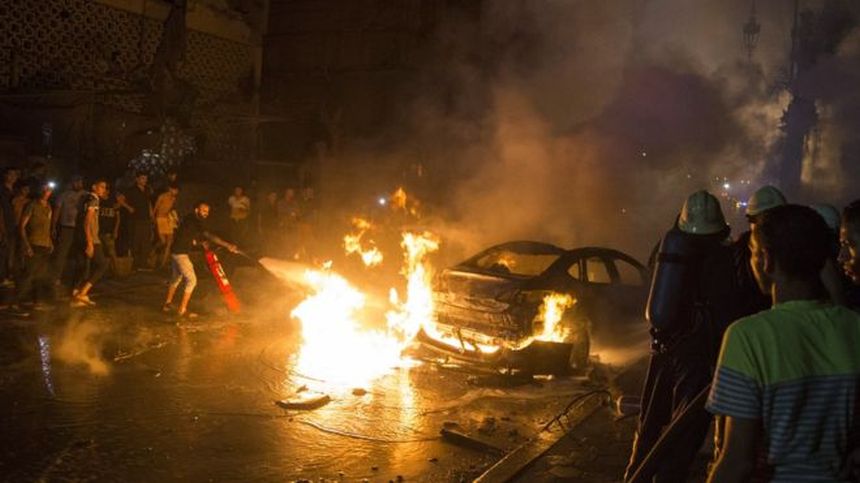 Egypt’s General intelligence director Gen. Abbas Kamel is leading the investigation into suspicions that Hamas undercover agents were involved in setting up the Aug. 4 blast on a Cairo road that left 20 people dead and 47 injured. A vehicle packed with explosives crashed into three cars and exploded outside the National Cancer Institute, which along with other buildings was badly damaged by the blast.

The Egyptian government declared the major incident a terrorist attack, attributing it at first to the Hasm underground of the Muslim Brotherhood. When the horrific scale of the explosion came to light, Hamas issued a hasty statement disowning responsibility for planning or executing the crime.

However, DEBKAfile can report exclusively from its intelligence sources that on Wednesday, Aug. 8, the Egyptian inquiry took a new turn. Suspicion fell on Hamas intelligence agents operating in Cairo of involvement in the attack – or at least maintaining close ties with the perpetrators. Security officers thereupon began rounding up Hamas agents, including the high-ranking Sami Saleh.
If the Palestinian terrorist Hamas organization that rules the Gaza Strip is proved to have been implicated in the Cairo bombing, there will be broad repercussions. The El-Sisi regime’s attitude towards Hamas will be affected and it may lose its standing in one of the few Arab capitals willing to truck with the Palestinian extremists. This will bear on the Israel-Hamas ratio in view of Egypt’s proactive efforts as a go-between for achieving a truce in Gaza.

The timing of the Cairo atrocity may be significant. It occurred a few days after a senior Hamas delegation headed by its deputy chief Saleh Al-Arouri returned from Tehran after being received with full honors by high IRGC officials. Arouri has a permanent office in Beirut, from which he pulls the strings of the organization’s terrorist operations in the region, including Israel.

President Abdel-Fatteh El-Sisi delivered an unusual speech to the nation on Wednesday night in which he stressed that it is the duty of every Egyptian to back the government in its efforts to defeat the terrorists.