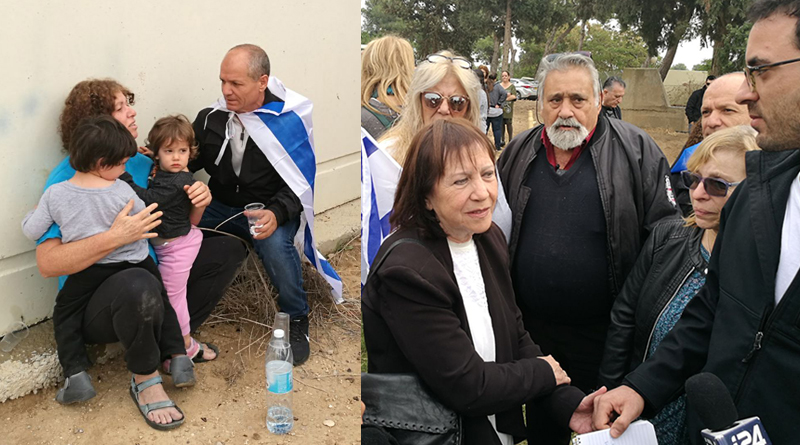 After the last round of Palestinian rocket attacks against Israel earlier this month, a “senior IDF officer” promised there would be no more.
He was wrong. On Dec. 19, DEBKAfile asked in a special report why defense minister Avigdor Lieberman and senior IDF officers were pretending that the rocket fire coming from the Gaza Strip was the work of rogue or “rejectionist” Palestinian factions and against Hamas’ will? Why were they absolving the real culprit, Hamas’ armed wing, the Ezz e-din al-Qassem and tolerating its nefarious motives?

After a ten-day pause, the same implausible reasoning was trotted out again by IDF sources when on Friday, Dec. 29, a triple-rocket salvo was launched against Israel. One hit a building in the Shear Hanegev district, two were downed by the Iron Dome defense system. There were no direct casualties. However, the rockets exploded in the middle of a ceremony at Kfar Azza, at which the sorrowing family and friends marked the birthday of the late Shaul Oron, the Israeli soldier whose remains Hamas has held captive for three years. The attendees threw themselves on the ground, leaving empty chairs.
This scene made a mockery of the false promises made by the defense minister and IDF officers that no more rocket fire would be coming from the Gaza Strip. They know perfectly well that Hamas’ military chiefs are systematically targeting Israel to sabotage Egyptian efforts to mediate a reconciliation process between Hamas and the Fatah-led Palestinian Authority. This is the Hamas way to stamp on any glimmer of progress in these negotiations.
On Friday, Hamas commanders saw their chance to harm two foes by a simple expedient: Egyptian negotiations with the Palestinian Authority were going well enough the day before for them to talk about an imminent “summit” between PA chairman Mahmoud Abbas and Hamas’ Gaza leader Ismail Haniyeh.
And on the Israeli side of the border, the family mourning an Israeli soldier was gathered to remember his birthday. By firing three rockets, Hamas’ armed wing broke up the two events, a “success” which it can be counted on to repeat in the absence of an effective deterrent. They are shooting rockets because they can.

15 thoughts on “Why has Hamas’ armed wing restarted rocket strikes against Israel?”