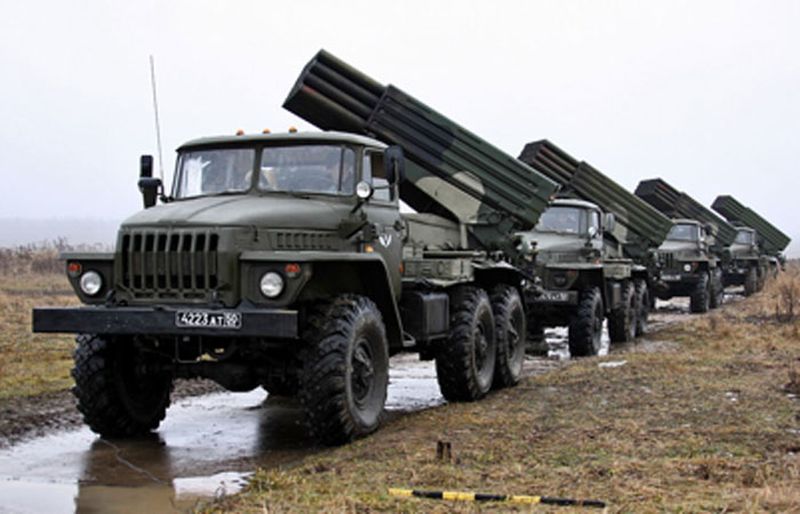 A Hamas delegation to Tehran this week, led by deputy leader Salih al-Arouri, pressed for a supply of BM-21 Grads, the same ballistic missiles consigned by Iran to the Yemeni Houthi insurgents. This is reported by DEBKAfile’s military and intelligence sources.  The Palestinian visitors from Gaza were secretly received by top Revolutionary Guards officials and even publicly, as an unusual honor, by supreme leader Ayatollah Ali Khamenei.

The Hamas delegates explained that they wanted these Grad missiles – which have a range of 450km – for attacking Tel Aviv and Israel’s sensitive strategic locations, just as the Houthis launch cross-border strikes on key sites in Saudi Arabia.  Asked for specifics, the terrorist leaders said they planned to “blanket Tel Aviv with missiles.”
DEBKAfile’s sources disclose that the Hamas delegation did not tell their hosts the true reason for their urgent request – namely, that their missile armory was close to collapse. In the course of Hamas’ first major military exercise in the Gaza Strip, the test-firing of 13 rockets over the Mediterranean on July 9, for practicing an assault on Israel, instead being the exercise’s climax, was a shambles. Our sources report that 50pc of the rockets exploded in places wide of their targets and some of their metal parts had developed cracks.

Hamas keeps its rocket stocks in hidden bunkers deep under the sand hills of the Gaza Strip. The poor level of maintenance exposed during the exercise shocked the chiefs of Hamas’ armed Ezz e-din Al-Qassam wing. They decided that the urgent upgrade needed to restore rocket capabilities would be answered by the acquisition of  Iranian BM-21 Grad ballistic missiles. The answer the Palestinian terrorists received in Tehran was that their request would be dealt with in due course after further discussion.