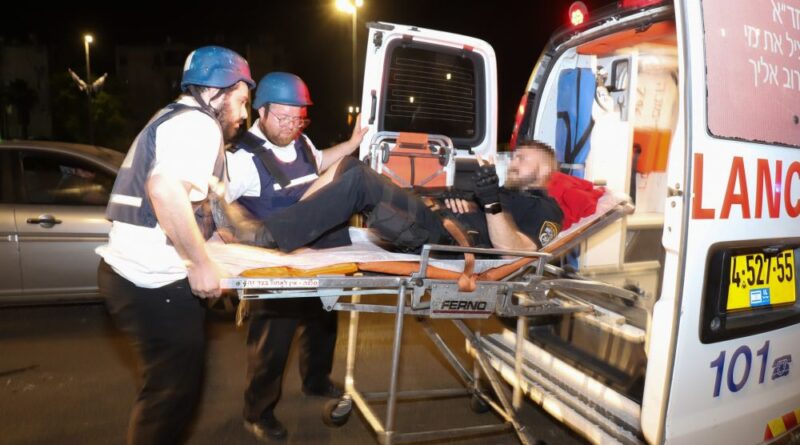 A total of 850 rockets from Gaza hit Israel in the past two days, 250 from overnight Tuesday up until Wednesday morning, May 12, killing 5 people and injuring 50. Another 200 rockets fell short inside the Gaza Strip.
The IDF continued to liquidate Hamas and Islamic Jihad command-level officers in the Gaza Strip. Among them were Hassan Kauji, head of security in Hamas’ counterintelligence branch, and his deputy, Wail Issa, who was also the brother of Marwan Issa, deputy chief of Hamas’ military wing. The air force also demolished the homes of Bassam Issa, commander of Gaza City, Rif’a Salame, commander of Khan Younes, and Muhammed Yazouri, head of Hamas military intelligence. Early Wednesday, IDF air defenses downed an armed Hamas drone that passed into Israeli airspace.

In Israel meanwhile, Arab youths in mixed cities continued to rampage for another night. The most violent outbreaks were seen in Ramleh and Lod, where the minister for home security declared an emergency after the police under heavy assault lost control and called for reinforcements. Another 16 reserve units have been called up by the police.

A curfew was enforced on Lod and 17 troublemakers arrested.

Holon next door to Tel Aviv and Rishon Lezion to the south took direct hits Tuesday night, May 11, when Hamas and Islamic Jihad launched dozens of rockets towards central Israel. A woman was killed in Rishon Lezion. There were also casualties in Holon. Givatayim was hit next. Ben Gurion international airport has been closed to incoming and outgoing flights.

IDF air strikes on underground rocket silos and a high-rise building housing Hamas and Jihad senior activists in Gaza City did not deter the Palestinian terrorists from m carrying on with their blitz and escalating it to Israel’s central regions.

Police counted 60 scenes of Arab riots and clashes with officers and Jewish neighbors during the day.