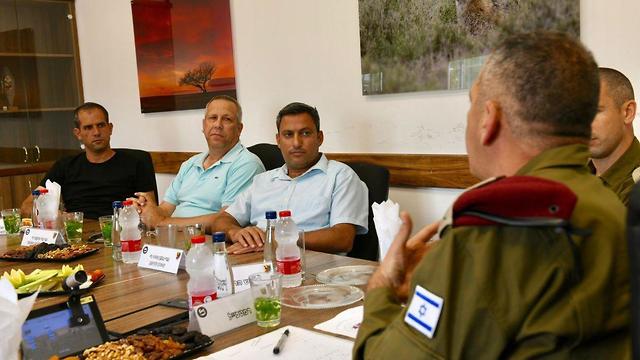 Israel’s Chief of Staff Lt, Gen. Aviv Kochavi said on Friday, June 8: “The slowdown of Hamas-instigated violence on the Gaza border, including the incendiary balloons, is the outcome of an equation reached with Hamas on the operational level and we have decided to give it a chance.” He was talking to heads of the southern communities on the eve of the Shavuot festival.
The general was understood to have introduced a new formula, whereby the IDF would be running statistics on the terrorist attacks coming from the Gaza Strip, including single rocket shots, riots on the Gaza border and incendiary balloons. If they exceed the figures registered with the high command and the defense minister, Israel would again restrict the Palestinian fishing zone off the Gaza shore from 15 miles to 10 miles and maybe retaliate in other ways.
Kochavi had nothing to say about the Palestinian terrorist organization’s perception of this “equation.” The most important missing factor in his words was the area it covers: It is apparently limited to the Gaza Strip, whereas DEBKAfile’s intelligence and military sources reveal that Hamas’ live-wire military leader Yahya Sinwar is deep in a venture to expand its turf much further afield, while also in advanced negotiations for more Iranian funding and a large injection of arms.

Using the Israeli-Hamas “equation’ with Israel as a respite, intensive four-cornered discussions are secretly underway among Tehran, Syrian president Bashar Assad, Gaza and Hizballah’s Beirut leaders for Hamas, firstly, to extend recognition to the Assad regime in Damascus and open an embassy there under the Hamas flag. If these discussions mature into an accord, Hamas will boast its first diplomatic mission in an Arab capital.

Our sources add that this accord will further cover the establishment in Syria of a new Palestinian militia some 3,000 strong, designed for launching attacks into northern Israel. This militia will operate under the joint command of Hizballah and Hamas’ military arm, the Ezz e-Din Al-Qassam, in close teamwork with Hamas-Gaza.

Meanwhile, neither Egypt nor Israel has been able to prevent Hamas and the Islamic Jihad from boosting their arsenal to approximately 10,000 rockets – either by local production or smuggled in by sea and through Egyptian Sinai.

It is worth noting that Gen. Kochavi did not cite a timeline for the “equation” he unveiled on Friday; nor what can be expected when it runs out. Neither did he refer to the monetary price exacted by Hamas or who was putting it up. Qatar after forking out generous sums for months has applied the brakes; the pauses between one payment and the next are growing longer.

Hamas, however, is looking in a new direction for a source of cash, aiming to gain control of the $360 million in international funds earmarked for rebuilding the Gaza Strip. The purse strings for this fund are held by the UN special coordinator for Middle East peace Nickolay Mladinov.