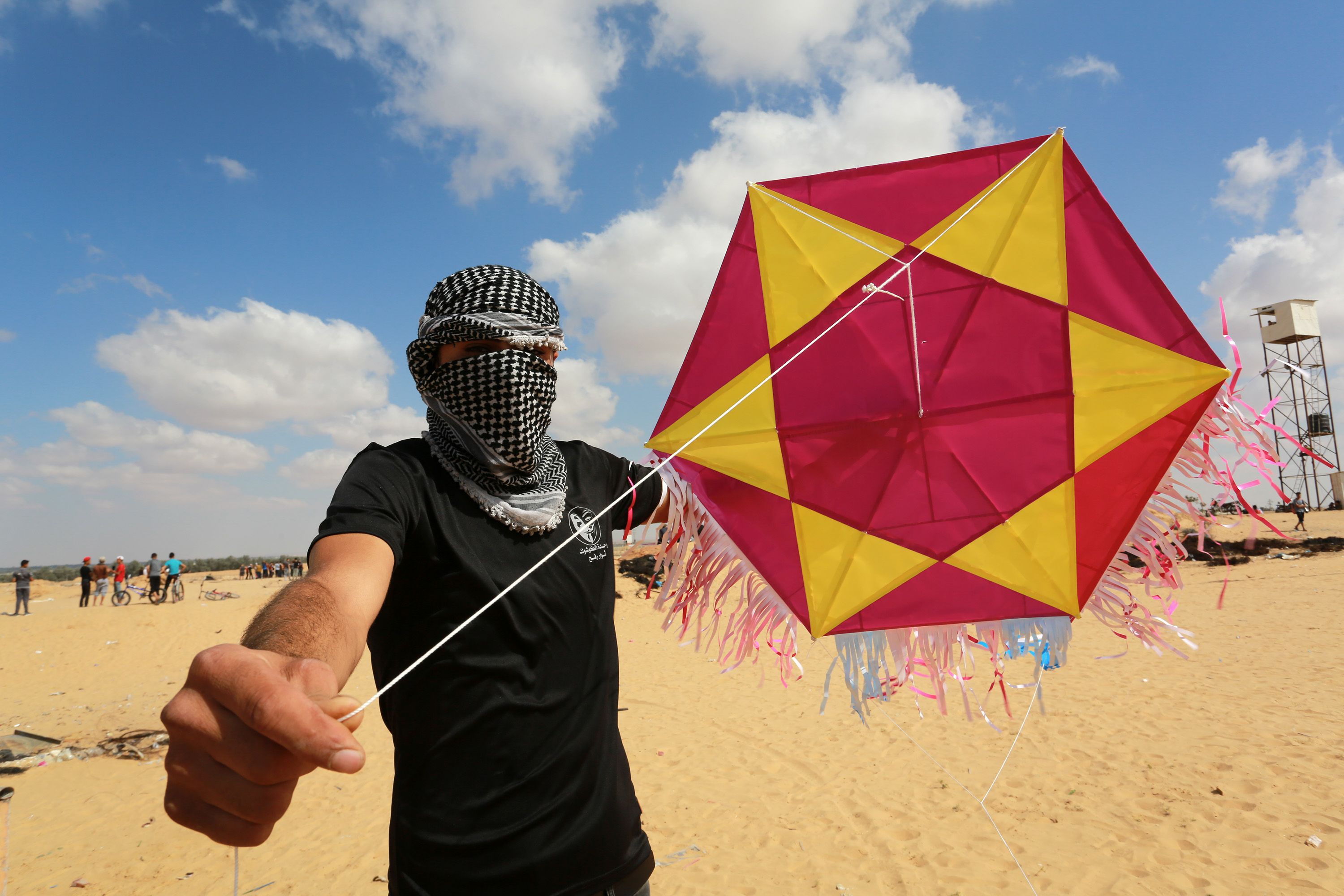 Hamas’ latest terrorist ploy is proliferating. On July 2, a record 50 fires were ignited by exploding balloons and kites, which reached Beit Shemesh in the Jerusalem Hills for the first time.
DEBKAfile: The IDF has suspended its counter-terror operations in the Gaza Strip ever since June 27, when Hamas and its allies declared its “bomb-for-bomb” strategy, meaning that IDF air strikes in reprisal for Hamas or other groups’ rocket and mortar attacks on Israel would meet violent Hamas retaliation.
The IDF has also halted its drone attacks and gunfire against the Hamas vehicles used for the transfer of incendiary kites and balloons from Gaza across the border into Israel. The infiltration of four Palestinian terrorists from southern Gaza on Monday, July 2, for torching an IDF sniper post, would not too long ago have brought forth Israeli aerial bombardments of Hamas military compounds. Not this time.

Monday saw the most devastating number of kites and balloons to land in Israel in the nearly three months of this offensive – 45-50 fires were ignited. Heads of the overtaxed fire brigade were forced to warn the government that the firefighting system is on the point of collapse.They also warned that the emergency reinforcements of manpower and equipment diverted to the Gaza district from other parts of the country were creating dangerous shortages elsewhere.
These warnings coincided with signs that Hamas is expanding its successful terror-by-arson project to other parts of the country. Whereas the communities adjoining the Gaza Strip suffered the worst damage – 47,000 acres of orchards, crops, woods and natural preserves reduced to smoking, black wasteland – the bane is spreading from the south to central Israel. The dangerous toys, having become a daily threat in Netivot, Ofakim, KIryat Gath and Lachish, landed over the weekend in Gan Yavne, Gedera and Rehovot and on Monday, were discovered for the first time outside Beit Shemesh in the Jerusalem Hills.
The heavily wooded hill region around Jerusalem, the capital, presents a constant fire menace in arid summer conditions. The forests were targeted last year by arsonists who set eight fires which came close to residential districts in Jerusalem before they were brought under control. Police have warned the public not to touch or go near any  kites or balloons before calling emergency services, because they are likely to be booby-trapped.