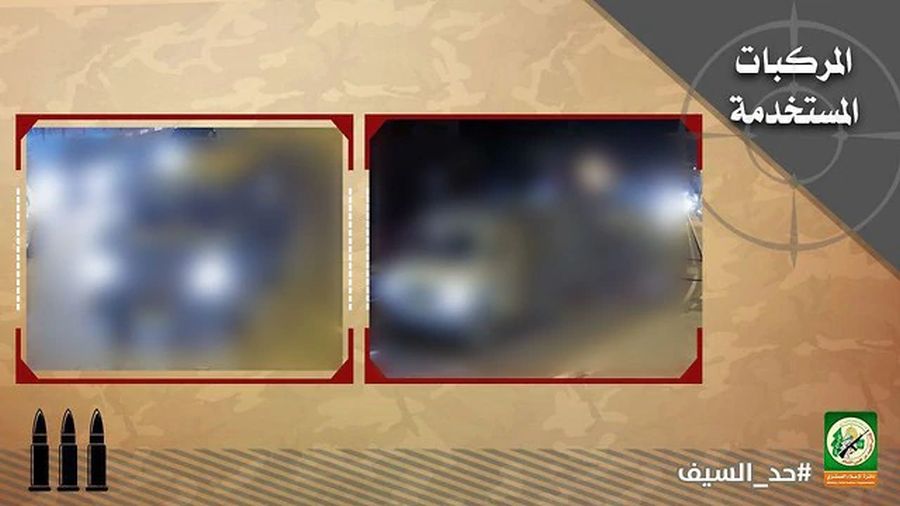 Hamas leaders were prevented from attending the 32nd International Islamic Unity Conference in Tehran (Nov. 24-26) by Cairo.  Egyptian intelligence, which is in charge of Gaza affairs and brokers their contacts with Israel, was determined to deny the Palestinian Hamas leaders a chance to explain directly to their handlers in Tehran how the clash developed between Israeli undercover troops and Hamas activists east of Khan Younes on Saturday night, Nov. 10. An Israeli colonel, claimed by Hamas to be an officer of the elite Maglen unit, was killed in the clash, and nine armed Hamas members.
The Palestinian terrorists have no doubt found another way to pass their report to Tehran, by secret channels or couriers. Their bosses will want to know how the IDF managed to penetrate Hamas ranks, how long they had worked undercover in the Gaza Strip undetected, were more such Israeli cells still buried there, and did they manage to infiltrate the top political and military levels of the Hamas hierarchy.

Answers to these questions call for an exhaustive and lengthy investigation. DEBKAfile’s intelligence sources doubt that the Palestinian rulers of Gaza have either the expertise or the means to carry out a probe of this weight. They may be expected to ask Tehran or the Lebanese Hizballah for help. They will seize on the opportunity out of self-interest. Both Iran and its Lebanese proxy are anxious to learn as much as they can about Israel military intelligence methods – not just behind enemy lines in neighboring Lebanon and Syria, but inside Iran proper.
The IDF-Hamas propaganda contest ongoing since last week was in fact the external face of the clandestine war waged against the IDF by Hizballah and Iranian Revolutionary Guards intelligence bodies, some of whom operate out of Syria. It was they who gave Hamas’ Ezz e-Din al-Qassam armed wing the order to release photos of eight Israelis claimed to have been members of the Israeli undercover network, long present in the Gaza Strip and disguised as a relief organization for aiding the needy. Published too was a picture of two trucks allegedly used by the Israeli network for getting about Gaza. The photos were accompanied by an appeal to any Gazan who recognized those images or the vehicles, or came across them by chance, to immediately contact Hamas through two attached phone numbers or by email.
Israel’s military censor banned publication of the images of the alleged Israeli undercover troops and any information about their operation, excepting only quotes from Arabic media.

On Thursday and Friday, Nov. 22-23, Hamas threw roadblocks across Gaza’s highways and roads and searched every passing truck and minivan and their freights. The Palestinian group is apparently not satisfied that it has discovered the entire Israeli ring and is still looking over its shoulder.

On Saturday, too, some Gazan citizens were warned by unidentified voices on the phone to beware of helping Hamas disseminate the purported phones of Israel soldiers. Israel intelligence has for years been known to use its telephone networks at times of emergency to contact individuals in hostile territory (Gaza and Lebanon) with direct warnings. The singular intelligence contest underway between Israel and Iran, Hizballah and Hamas, entered another stage on Saturday. It is unlikely to be the last. More “images” are likely to be prevented from surfacing in the coming days.