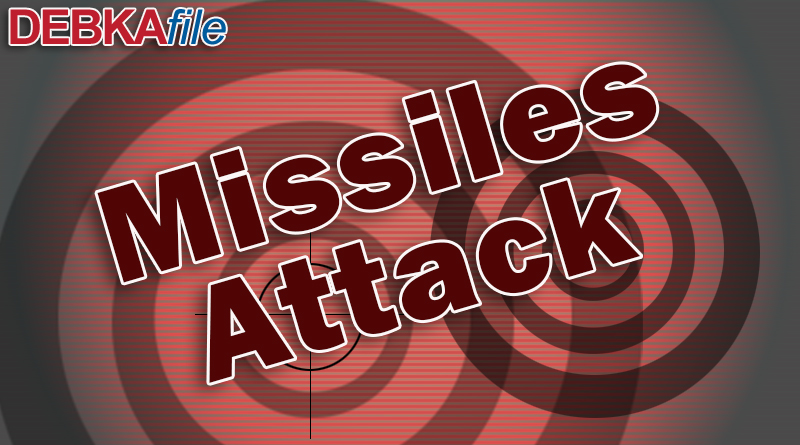 The Palestinian rockets fired from Gaza Wednesday night, Dec. 13, were the 12th and 13th since US President Donald Trump’s Jerusalem decision on Dec.6.
DEBKAfile’s military sources report that the daily rocket assault from Gaza is turning into a war of attrition declared by three Palestinian extremist groups, Hamas, the Jihad Islami and the Popular Resistance Committees, on the orders of Gen. Qassem Soleimani, chief of the Iranian Revolutionary Guards Al Qods external terrorist arm, and supreme commander of Iranian forces in the region. Our sources reveal that the order was given Monday in a phone conversation Soleimani held with Marwan Issa, commander of the Hamas armed wing, the Ezz e-din al-Qassam. It was the first direct, phone conversation between a high-ranking Iranian general and the Hamas commander and it was deliberately overt. The Iranians wanted the Israeli and Egyptian intelligence agencies eavesdropping on incoming and outgoing phone calls to and from Gaza to hear Soleimani pledge full Iranian support for any military action conducted against Israel.
Tehran and the Lebanese Hizballah are eager to see Israel trapped in a rising spiral of military tension – and not just from its border with the Gaza Strip, but also at some point, emanating from new war fronts in Lebanon and Syria. At present, they are not looking for a comprehensive conflagration, but rather to subject Israel to a creeping war of attrition, like the couple of rockets which the Palestinians are firing night after night from the Gaza Strip. Like Chinese drip torture, this campaign is intended to torment Israel while gradually escalating. It doesn’t matter if they are inaccurate and fail to cause Israel casualties of damage. Indeed, one of the rockets fired Wednesday night exploded in an UNWRA school at Beit Hanoun inside the northern Gaza Strip, wrecking a schoolroom.
The threat by Israel generals Wednesday night of painful retaliation if the rocket fire continues is therefore ineffective. Hamas and the Jihad Islami are fully prepared for a major war escalation, in the certainty that Iran and Hizballah have their backs.

97 thoughts on “Hamas rockets are onset of anti-Israel war of attrition ordered by Iran’s Gen. Soleimani”