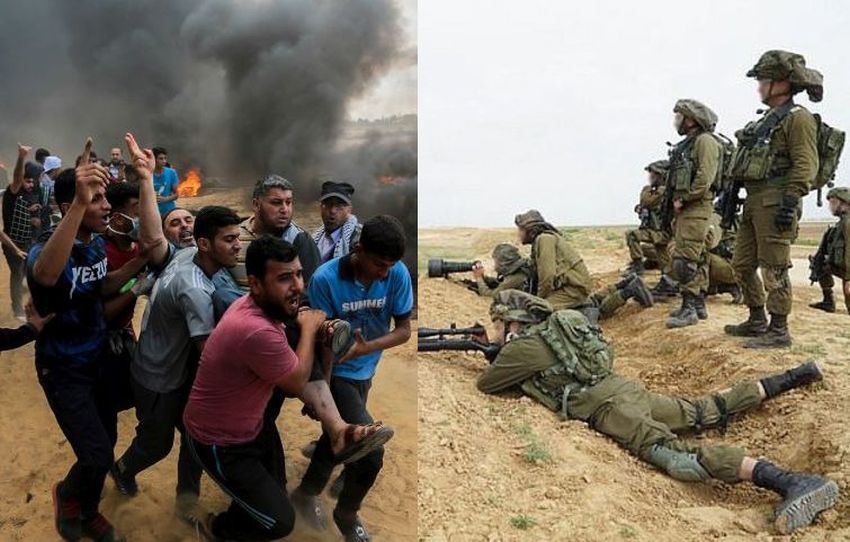 Hamas is satisfied with having orchestrated the deadliest day of Palestinian violence in Gaza since 2014 – although it cost more than 50 Palestinian lives and 1,000 injured. The terrorist group’s declared goal was to overshadow the inauguration of the first US embassy in Jerusalem occurring that day, but equally to grab the Palestinian torch from Palestinian Authority Chairman Mahmoud Abbas and his Fatah party in Ramallah and put the Palestinians back on the pressing international agenda. Meanwhile, some 40,000 Palestinians held out for 12 hours Monday against the IDF, and at least 35 fires set by flaming kites incinerated Israel farm crops. The Hamas perspective does not recognize its fiascoes. In fact, despite a cash flow from Iran and detailed organization, they failed to reach their targeted goal of 100,000 demonstrators. And the massed rioters, although constantly urged to smash their way across, failed even once to break through the Gaza-Israel border fence or breach any of the IDF positions lined up to secure the border.

Neither were substantial protests whipped up in other Palestinian areas, especially in Jerusalem, Judea and Samaria. Hamas strategists are therefore in a quandary about how to proceed next with their eight-week “March of Return.” On Tuesday, Palestinians mark Naqba (the Disaster). Although Abbas declared three days of national mourning for the lost Palestinian lives in the Gaza Strip, Hamas can’t be sure they will carry on with the bloody Gaza riots in Jerusalem and Judea and Samaria. If they did, Hamas would be able to lower the flames in Gaza. Meanwhile, Monday night, the encampments for demonstrators were dismantled and Hamas prepared for the option of switching from attempts to storm the border to possible rocket fire.

During the day, Hizballah’s Hassan Nasrallah promised Hamas leaders a big demonstration on Tuesday in south Lebanon, coupled with a rush to break through the Lebanese-Israeli border at the northernmost Israeli town of Metullah. In this regard, DEBKAfile’s military sources note that rocket fire need not necessarily come from Hamas in the Gaza Strip, as it did for eight years. An ally might undertake such attacks, such as Muslim Brotherhood cells or Islamic State terrorists in Sinai for pay. Iranian elements based in Syria might step in, too, an option hinted at by Nasrallah in the speech he delivered Monday, when he said Israel would receive its due for its air strikes in Syria – not just on the Golan, but deep inside the country.

Rockets capable of hitting central Israel are in the possession of Iran, Hizballah, Syria and Hamas. In the next few hours, a decision may be taken about which of those enemies on Israel’s borders is chosen to launch them. In the meantime, Hamas will not relent on its attempts to flatten the Gaza-Israel border for a major invasion of Palestinians bent on terror.