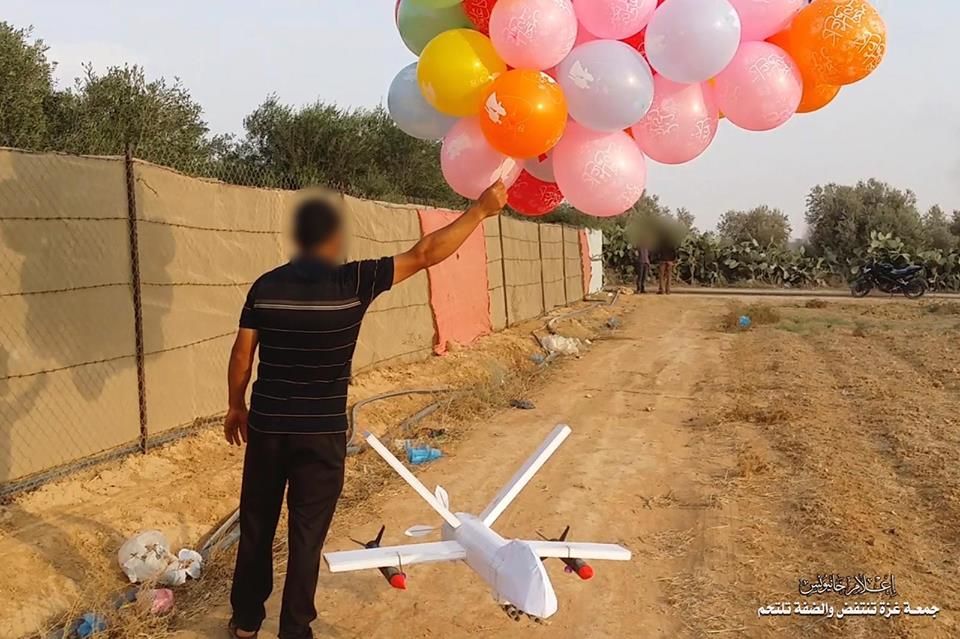 Unbeknownst to Israel, Cairo enlisted Hamas to the IDF-assisted Egyptian war on ISIS in Sinai, then turned Hamas’ demand for more cash to Jerusalem.

Hamas has switched on its latest upsurge of terror from the Gaza Strip for extortion. The Palestinian terrorists discovered last year that, by turning up the heat, Israel’s Prime Minister (and defense minister) and former Chief of Staff, Lt. Gen. Gady Eisenkot would pay up, rather than embark on a major military offensive, especially when those payments were disbursed by Qatar. This discovery led ultimately in March 2019 to a new wave of attacks from the Gaza Strip on Israeli civilian locations, with balloon clusters flown over the border by primitive gliders and armed with explosives linked to timers.
In between these two events, DEBKA file’s military sources report, Cairo caught Israel unawares. Egypt’s General Intelligence service chief Gen. Abbas Kamel last month secretly negotiated a deal for Hamas to make its intelligence agencies and military wing Ezz-e-din al-Qassam available for fighting the Islamic State in Sinai alongside the Egyptian army in areas adjoining the Gaza Strip.

This was not the first time that a government and army had enlisted one terrorist organization to fight another – there were many precedents in the Syrian war – but never before has a Palestinian organization of Hamas’ ilk been used to fight the Islamic State.

In its quiet exchanges with US, Israeli and Saudi officials, Cairo presents the deal with Hamas as a worthwhile political process for “laundering” the Palestinian terrorists and making them kosher for heading an independent Palestinian state in the Gaza Strip.
But by acting without Israel’s consent, Egypt has turned the IDF into an unwilling partner in an unholy triad of forces fighting ISIS in northern Sinai, consisting of Egypt, Hamas and Israel. Israel was not consulted on this “pact.”
Our military and counter-terrorism sources stress that, however carefully Egypt may try to compartmentalize the intelligence received from the IDF on the situation in northern Sinai, some is bound to leak to its new partner, Israel’s enemy, Hamas.
The Egyptian “pact” came to light when Hamas lodged fresh complaints with Cairo about Israel’s alleged violations of the “truce” deal Egypt negotiated between them last year. Unaware of Cairo’s new setup with Hamas, Israel replied that there were no grounds for its complaint. After all, Israel had made good on its promise to triple electrical power to Gaza, from 3-4 hours a day to twelve; and 11,000 trucks laden with Israeli supplies for the population crossed into the territory each month – at the rate of 366 a day. Furthermore, $15m of Qatari funds were delivered monthly on time.
The answer coming back from Cairo was that Hamas wanted Israel to lay out more cash as compensation for the cutbacks ordered by Palestinian Authority Chairman Mahmoud Abbas (who has incidentally gone to Baghdad) in the funds due to the Gaza Strip!
To back its demand, Hamas turned to its usual leverage: terrorism. By night, Palestinian mobs pelt Israeli troops along the Gaza border with dozens of explosive devices and hand grenades, and by day, balloons explode over Israeli locales.

Hamas leaders are exploiting Israel’s election campaign to raise the ante. They assume that since Defense Minister Binyamin Netanyahu is bent on winning another term as prime minister, he will pay up to keep them quiet.