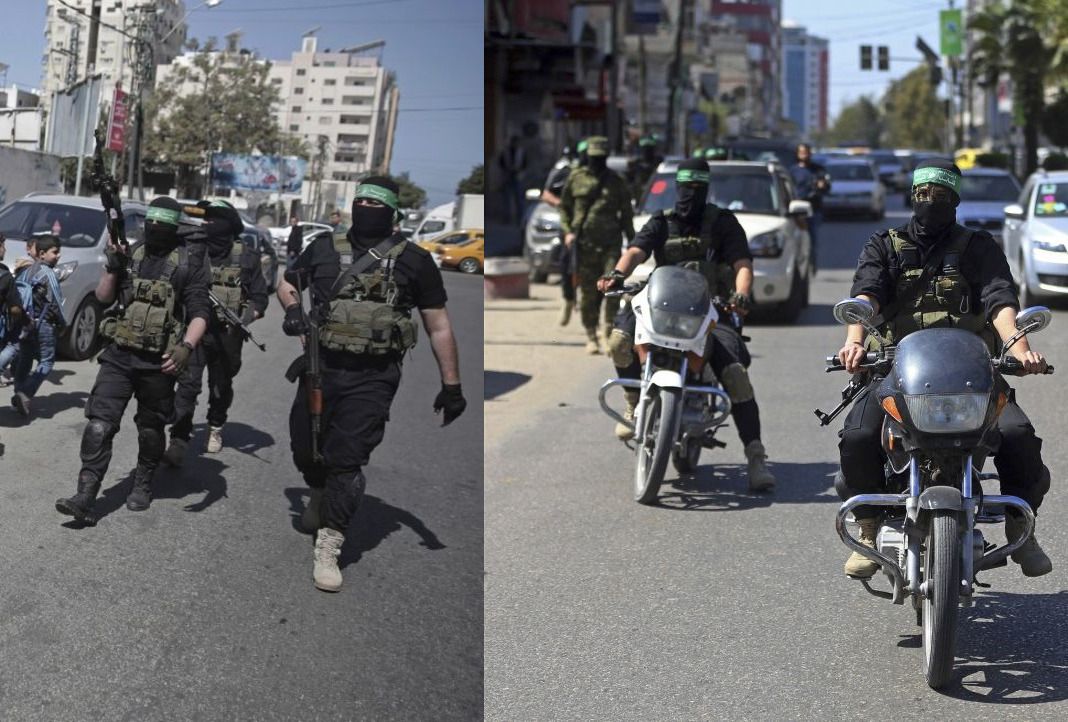 The Hamas military wing, launching its first “exercise” on Sunday, March 25, tested its internal tunnel network, test-fired rockets towards the sea and lofted drones and gliders. “We have an army,” said a spokesman. Its initial communique aped the format of IDF spokesmen’s announcements. DEBKAfile’s military sources report: Most of the ground forces operated out of the internal tunnel network; the rocket squads fired between 10 and 12 rockets towards preset areas of the Mediterranean Sea; and a large number of drones made in Iran were lofted. Hamas mobilized four regional brigades for the exercise, all of them drilled for autonomous action. The terrorist group, striving hard for the image of a proper army rather than a paramilitary or terrorist organization, is preparing to release its greatest secret, the names of its senior officers.

As DEBKAfile reported earlier Sunday, this exercise is the prologue for  the Palestinian extremists’ next act of war on Israel, “The Great March of Return” – or the “March of Millions,” starting on Passover Eve, March 30, and unfolding up until May 15, when Israel celebrates its 70th anniversary of independence and the Palestinians mark a day of mourning for the Naqba. A tent city is going up behind the Gaza the border to house large numbers of civilians, including many women and children, who are intended by the sheer force of masses to flatten the border fence and surge across into Israel. That is the Hamas plan.
Before launching its “exercise,” four Hamas operatives managed on Saturday night, March 24, to cut through the Gaza-Israel security fence near Kibbutz Kissufim and reached unnoticed the big IDF crane and other equipment used for building a concrete wall fitted with sensors dozens of meters under group for blocking terrorist tunnels under the Gaza border into Israel. Still unnoticed, they poured flammable materials on the equipment and ignited it. Alerted by the black smoke, Israeli soldiers arrived in time to beat out the fire, while the four infiltrators escaped and slipped back across the border. Found later were containers of gasoline and glue.

Hamas therefore came close to pulling off a sabotage operation that caught Israel’s defense chiefs napping a week ahead of its threatened mass march and in the middle of widely publicized account of IDF preparations for thwarting it  The IDF retaliated as per usual by bombing a Hamas compound in Rafah, in southern Gaza.  But clearly Defense Minister Avigdor Lieberman, IDF Chief of Staff, Lt. Gen. Gady Eisenkot and the Gaza Region’s OC Brig.-Gen. Yehuda Fuchs, have some explaining to do, DEBKAfile’s military sources note. Not surprisingly Israel’s defense cabinet was called into urgent session Sunday when some of the ministers posed hard questions over the infiltration: How did the IDF spotters posted round the clock miss the four infiltrators? Where were the units supposed to be deployed behind the sand banks along the border fence? Were there no guards at the site of the heavy engineering equipment used in works for blocking the tunnels? Above all, how was the IDF preparing to thwart the big Hamas event in the next six weeks?
The IDF spokesman issued a bombastic announcement which offered no answers to any of those questions. “The IDF takes a grave view of all attempts to damage Israel’s security infrastructure and the security fence as well as breaches of Israel’s sovereignty above and below ground. Hamas is held responsible for any aggression emanating from the Gaza Strip.